Schickerling ready to take step up for Stormers 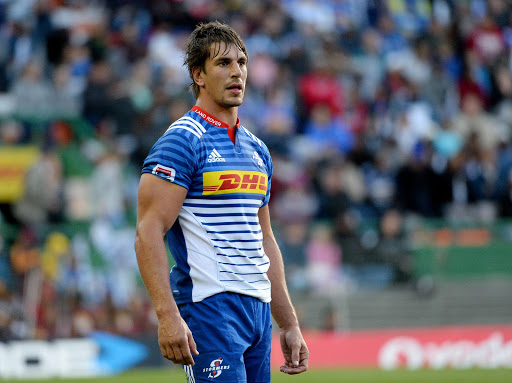 The Stormers will go into their Super Rugby-opener without Springbok lock Eben Etzebeth and possibly Pieter-Steph du Toit when they take on the Jaguares at Newlands on Saturday.

Etzebeth is out for at least the first three months of the season with a shoulder injury while Du Toit has a back strain and is unlikely to be risked this weekend.

The team will be named on Thursday.

That means JD Schickerling and Currie Cup winning captain Chris van Zyl are likely to start in the second row for the Cape Town side‚ who will also be without the likes of tighthead Frans Malherbe.

Schickerling‚ in particular‚ enjoyed an impressive Currie Cup campaign and is looking to take that form and confidence into Super Rugby.

Initially he would have expected to start from the bench at best‚ but injuries will provide Schickerling with a good chance to catch the eye early in the season.

“It’s not ideal to be missing Eben because he is a key player for us‚” Schickerling said.

“But if I’m selected and get the opportunity I will definitely use it.

“I don’t mind playing No 4 or No 5. I will have to change my role slightly if I was asked to fill in for Eben at No 4 but it’s something I did in Currie Cup as well.

“It’s not a huge adjustment though and we have some healthy competition for places. There is good depth in our team and I see that competition as a challenge.

“Having been able to play with Eben and Pieter-Steph in the past has given me a boost because I’ve learnt a lot from them and I would now like to make my own mark.”

The likes of Junior Springbok star Salmaan Moerat will also come into the reckoning.

The 19-year-old Moerat impressed coach Robbie Fleck with his aggressive style of play in the pre-season and in time he could become the ideal understudy to Etzebeth.

But for now a place on the bench is all Moerat could expect with Schickerling ahead in the queue.

Lineout calling‚ such a complex and vital part of the modern game‚ is likely to be shared between Van Zyl and Schickerling this weekend.

“During the Currie Cup I shared the calling responsibilities at the lineout with Chris van Zyl‚” Schickerling said.

“He was captain so he called the attacking plays and I ran lineout defence. I’m comfortable with it.

“I’ve had a lot to do with Salmaan and he is a great talent coming through our system.

"He is someone to look out for because he is a proper hard‚ No 4 lock. He has the size for it and is very aggressive and tough.”