Mitchell faces with tough task of reclaiming glory at the Bulls 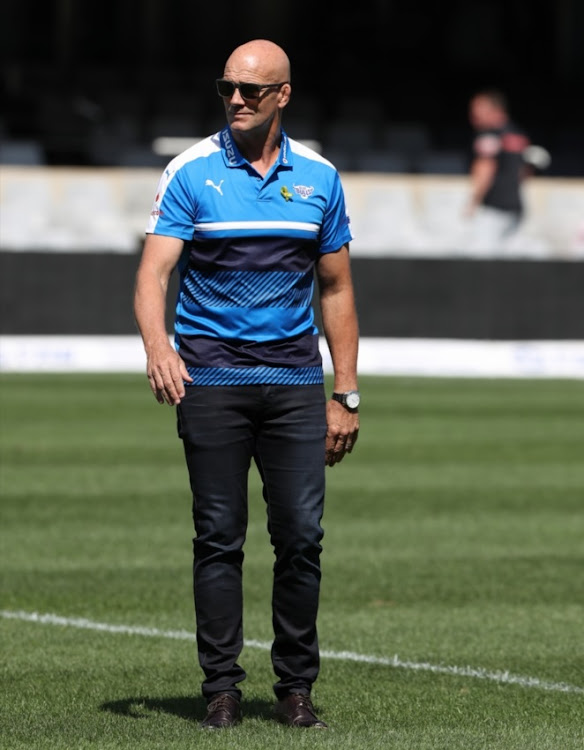 When he was unveiled to the media in a hastily arranged press conference at Loftus in May‚ John Mitchell emphasised the importance of mindset change at the union that has struggled in Super Rugby in recent times.

When he arrived to work with former coach Nollis Marias‚ the Bulls were struggling with only three wins from eleven matches and it came as no surprise when they failed to progress to the knockout stages of Super Rugby last year.

In fact‚ the Bulls ended their Super Rugby campaign second from bottom in the South African Group ahead of Sunwolves.

As they continued to struggle‚ Marais was sacked or ‘granted leave’ in August and Mitchell took charge at the union for the remainder of the Currie Cup campaign where they lost 37-27 to the Sharks in the semi-final.

The 2018 Super Rugby is fast approaching and the Bulls will play their first match of the competition against the Hurricanes at Loftus on the 24 February where eyes will be firmly fixed on Mitchell more than the players.

The Bulls faithful have been starved success for a number of years and they will pin their hopes reclaiming respectability to Loftus on the well-travelled former and New Zealand captain Mitchell who arrived in Pretoria with pedigree.

He arrived in the middle of a wrecked Super Rugby season and the ultimate failures of the team last season could not be pinned on him and he also helped the Blue Bulls to a semi-final place against the Sharks.

He has had time to work with the players since his arrival‚ he has designed and is overseeing pre-season where said recently that he was imparting his methodology of Weekly Tactical Periodisation to the players.

“The aim of this philosophy is to produce strong and fit players who can play at a high tempo for long periods. The onus and responsibility rests on the players. They have a choice between SOAR (Standards Ownership Accountability Responsibility) or BED (Blame Excuses Denial). The choice is the players’. The system is based on facts and we use GPS information to give objective feedback to the players‚” he said in an interview recently.

As he approaches his first full season in charge‚ Mitchell has urged the fans not to expect too much‚ too soon because laying a solid foundation takes time.

“I think life for me is about what you can control and what I can control is our processes. I think it is exciting times for us and we can do things slightly different. This is not a big change‚ this is about refreshing and updating our ways‚” he said.

“The board and everyone involved have seen that there has to be significant intervention to get back to where we used to be and get on top of the mantle again. It is going to be a lot of hard work‚ no doubt about that‚ but it is going to be fun as well.