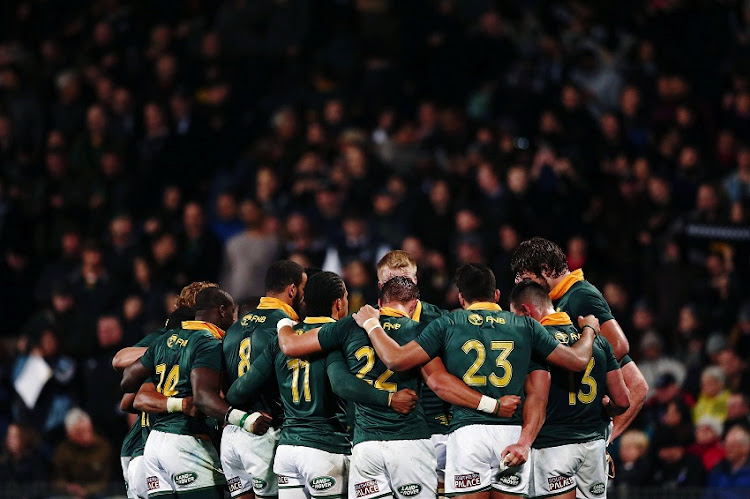 Things changed dramatically for him‚ however‚ when Italy became one of the few countries to trial a World Rugby initiative for the use of goggles.
Image: GETTY IMAGES

The Springboks are likely to face one of the game’s most inspirational figures this weekend.

You’d be right if you thought Ian McKinley doesn’t sound particularly Italian‚ because he’s been naturalised.

McKinley‚ who was born in Dublin‚ didn’t set out to one day tell a tale of triumph over adversity but his story is one that will resonate with everyone who has defied the odds.

In short‚ McKinley lost an eye after a teammate’s stray boot knocked him in the face in 2010.

He retired but made an unlikely comeback in 2014‚ not just playing socially‚ but again playing professional rugby before remarkably joining the Test ranks earlier this month.

The flyhalf isn’t exactly unobtrusive‚ because he has to wear protective goggles to safeguard his remaining vision.

As a young man his future was very much in Ireland where he represented the country at under-20 before going on to play for Leinster.

The injury‚ however‚ took him out of the game for six months‚ when he was told it would take a year.

Shockingly‚ upon his return he was gouged twice in his good eye.

“That’s actually the reason I wear goggles‚” he told The Guardian.

His retina detached 18 months after the initial injury and he was forced to retire. He moved to Udine to coach youth teams and had no intention of playing again.

Things changed dramatically for him‚ however‚ when Italy became one of the few countries to trial a World Rugby initiative for the use of goggles.

He hasn’t looked back.

He has since represented Benetton Treviso and Zebre but bigger things beckoned.

Italy coach and countryman Conor O’Shea called him up for the team’s first autumn international against Fiji earlier this month.

McKinley’s remarkable return to play was complete and his is a story O’Shea conceded ‘is a movie in itself’.

McKinley played his second Test last weekend in Italy’s defeat to Argentina and very much has the Boks in his sights this weekend.