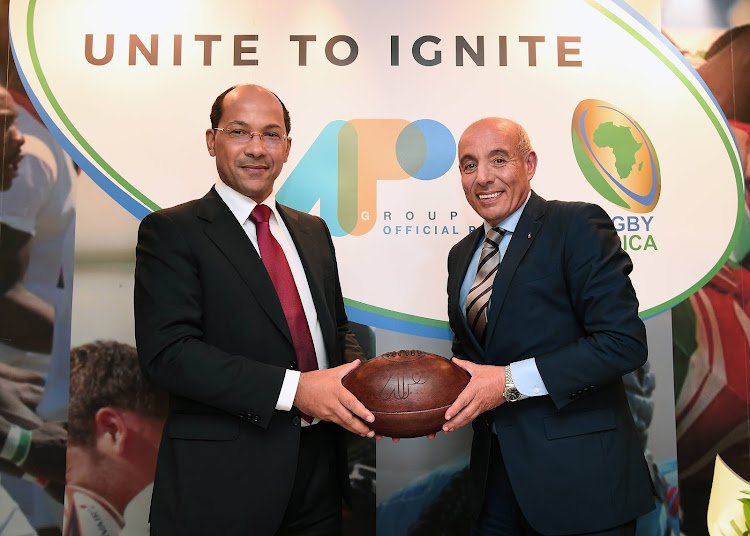 Rugby Afrique president Abdelaziz Bougja refused to confirm or deny whether the continental body went against South Africa in the vote to decide on the Rugby World Cup 2023 hosts.

France were awarded the showpiece tournament after winning 24 votes to South Africa’s 15 when the World Rugby Council polled in London on Wednesday.

SowetanLIVE sources confirmed that Rugby Africa voted for France and the full list of the voting breakdown has been widely published globally showing Africa gave its two votes to France.

But Bougja‚ who is Paris-based‚ deflected direct questions about what bid his organisation cast its vote for.

“I’m sorry‚ how do you know our vote went against South Africa?” Bougja said.

“It was a secret vote and only people inside will know how it went.

“The whole process was confidential.

"Rugby Afrique voted confidentially and voted for the mandate it had from its exco.”

“Rugby in Africa has two godfathers – South Africa and France – and we discussed that inside our exco and decided that the benefit for Africa would be to keep our vote confidential‚” Bougja said.

“We are partners with both SA and France.”

SA Rugby is incensed that Africa voted for France.

SA Rugby is a large bankroller of Rugby Afrique and also houses two of its representatives at its Cape Town headquarters.

Namibia and Zimbabwe are regular participants in domestic competitions in South Africa at junior‚ senior and amateur level while SA Rugby funds rugby programmes on the continent.

At the least SA Rugby expected Rugby Afrique to vote in line with and independent evaluation report that scored the SA bid 79% against France’s 76%.

Council members signed a code of conduct that agreed they would let the assessment scores guide their voting and World Rugby chairman Bill Beaumont hailed the process as ‘transparent’.

Yet when it came to voting‚ it was a secret ballot and despite confirmation from several sources on the inner circle‚ Bougja refused to confirm what is known – that Africa voted for France.

NZ declared outright they were voting for the preferred candidate‚ which was SA‚ and England’s Rugby Football Union (RFU) made it clear last weekend they favoured Ireland.

When the Irish dropped out after the first round the RFU’s three votes were split 2-1 in favour of France.

When quizzed about how many African teams play in French competitions‚ Bougja didn't name any.

“There are historic relations between SA and Namibia and that is why they play in South African competitions‚” Bougja said.

“There are lots of African players‚ playing in France.

"The technical side of the bid was fine but we also have a link with France. People cannot say we voted for this bid or that bid. We voted and that’s it.

“I have an agreement with my exco that we will keep our vote confidential.”

Japan‚ who are a SANZAAR partner with the Sunwolves participating in Super Rugby‚ also gave their two votes to France‚ which crucially tipped the scales the way of the European nation.

How the votes went: