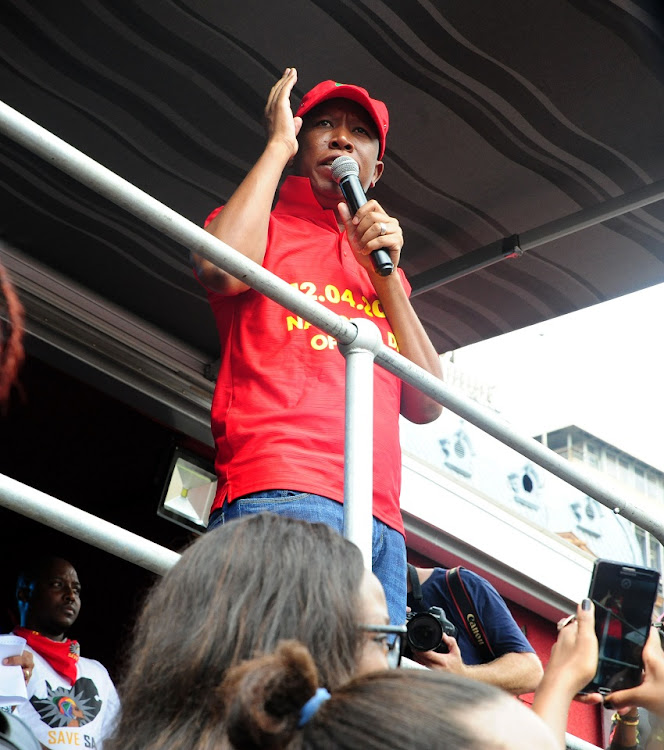 Julius Malema of EFF during the anti-Jacob Zuma march by opposition parties to the Union Buildings in Pretoria, South Africa on 12 April 2017.
Image: Aubrey Kgakatsi/BackpagePix

"Thank you France‚ we are doing just fine. Not disappointed at all‚hai‚" Malema tweeted moments after the France bid was confirmed as the winner in London.

Thank you France, we are doing just fine. Not disappointed at all,hai

France won the rights to host the 2023 showpiece despite finishing second to South Africa in a technical review announced last week.

South Africa‚ who hosted and won the 1995 World Cup‚ had been recommended by World Rugby’s Board but the Council members voted for France.

Ireland were eliminated in the first round of voting after amassing just eight votes against the 18 from France. South Africa got 13.

South Africa lost it in the second round as they got 15 votes.

Many other South Africans took to social media and communicated their feelings about the decision to award the tournament to the French.