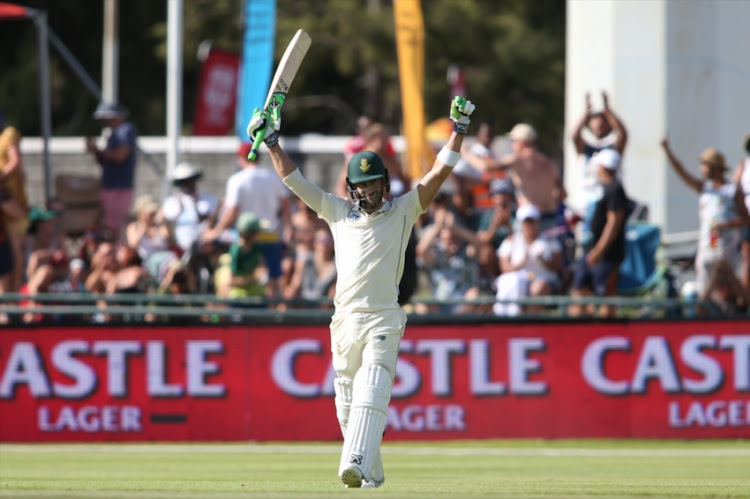 Proteas captain Faf du Plessis has given the strongest hint yet of how the side will line up at the Cricket World Cup in England in the coming days.

Du Plessis and coach Ottis Gibson have not yet nailed down the specifics but they will go for a balance of six specialist batsmen‚ one all-rounder‚ three fast bowlers and a spinner when they open their account against the hosts at the Oval on May 30.

Quinton de Kock will open the batting with Hashim Amla or Aiden Markram‚ then it will be Du Plessis and Rassie van der Dussen at either three or four and David Miller and JP Duminy at number five and six.

The number seven all-rounder spot is between Andile Phehlukwayo and Chris Morris and they will be followed by Kagiso Rabada‚ Dale Steyn‚ Lungi Ngidi and Imran Tahir.

“I played against Pakistan at number three and myself and Rassie are both equipped to do three and four‚” he said.

“You will have openers‚ me or Rassie at three or four‚ perhaps have David at five and JP at six and that is how we will be structured.

"Whether I am the one at three or it’s him (Rassie)‚ we are very similar players who can adapt to different positions in the game.

"Flexibility is a hugely important thing to have as a batting unit and I think you can see that because JP has batted at four and five at times.

"You are going to find yourself in different scenarios in the game and you have to tap into your skills set to be able to do what is required.”

Du Plessis said the possibility of having Miller at five is to give him enough time to settle at the crease and finish off matches.

“I know with David he is someone who needs a bit of time because he is at his best when he has had time to knock the ball around and explode towards the end‚" he said.

"JP has been playing some good cricket and he can take the game on and that’s what’s you need.

"If you look at someone like Eoin Morgan of England‚ he plays similar roles to David by coming in and attacking.

"We will have an all-rounder at number seven and the bowling attack after that.”