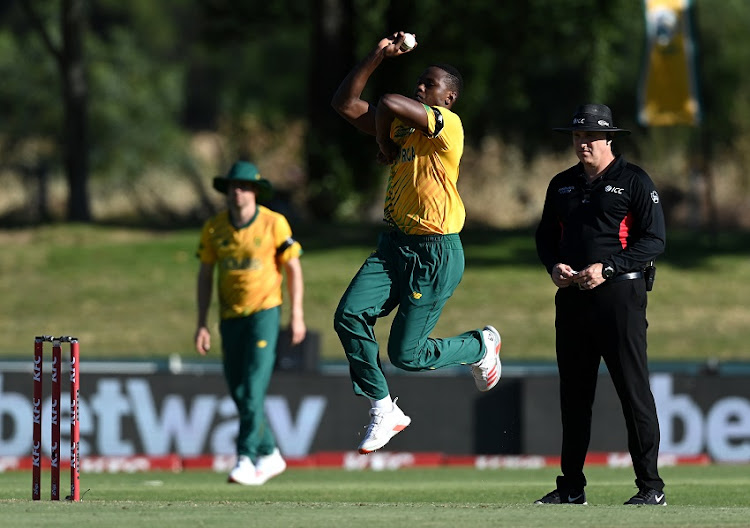 The Proteas will have to navigate the three-match ODI series against England without the injured Kagiso Rabada.

Rabada had a reasonable start to the South African summer after an excellent Indian Premier League campaign with the Delhi Capitals.

He was replaced by Lutho Sipamla for the third T20 that took place at Newlands on Tuesday‚ but the three-week healing period for his right adductor strain means it’s a race against time for him to get fit for the two-Test series against Sri Lanka that starts on December 26 at SuperSport Park in Centurion.

With South Africa initially having a 24-man squad - Dwaine Pretorius and Rabada are out through injury - there are the two players who’ve missed the T20 series because of positive Covid-19 tests.

That means the squad has now been trimmed while Rabada has left the squad and the bio-bubble to recuperate from injury.