OPINION: The Hashim Amla debate - my head says yes but my heart says no 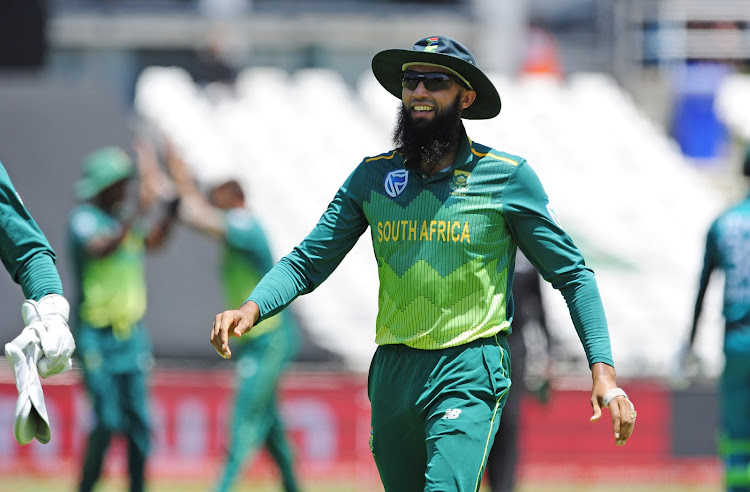 Hashim Amla of South Africa during game 5 of the 2019 International One Day Series between South Africa and Pakistan at Newlands Cricket Ground, Cape Town on 30 January 2019.
Image: © Ryan Wilkisky/BackpagePix

South Africans are on edge as they wait with bated breath for the announcement of the ICC World Cup-bound squad.

Cricket SA convenor of selectors Linda Zondi‚ president Chris Nenzani and chief executive Thabang Moroe will put the nation out of its misery on Thursday afternoon when they unveil the identities of the men who will represent SA in the global event.

While the majority of the squad to be led by Faf du Plessis pretty much picks itself with about 13 players almost certain to travel‚ the biggest question mark is whether batting mainstay Hashim Amla will be on the flight to England.

The 36-year old long-time premier top order batsman has struggled with form over the past few months and like most South Africans‚ I can’t decide whether he should be selected or not.

The thing is cricket is a sport of numbers and Amla’s figures have been unimpressive for a while. I have no doubt in my mind that this reality must have been the focal point for the selection think tank during their long deliberations.

At the conclusion of the Sri Lanka tour last month‚ coach Ottis Gibson made it clear that Amla‚ who was out of action looking after his ill father‚ was still part of his plans.

Against Sri Lanka‚ he scored a meagre 51 runs during the 2-0 Test series defeat‚ a very poor return by his usually high standards and he was not considered for the following limited overs series.

The ‘Mighty Hash’ returned to competitive cricket in the recent CSA T20 Challenge and his struggles continue as he has only managed 61 runs after five innings.

On Tuesday he scored 4 off 11 in Cobras’ five runs win over the Knights at Newlands and by the time he takes to the pitch again on Sunday against the Warriors in Port Elizabeth‚ we will all know where he stands with regards to the World Cup.

Though his numbers have been poor‚ he’s still a seasoned veteran of 174 ODI matches where he has scored 7‚910 runs at a highly impressive average of 49.74.

You can’t just ditch that kind of experience at the World Cup and I think the ‘Mighty Hash’ must resume his partnership with Quinton de Kock as the top of the order.

During his successful career of over eleven years‚ Amla has played in two World Cups and if the selectors give him what would be his ODI swansong‚ it would be at the expense of promising Reeza Hendricks.

Though Hendricks is definitely one for the future‚ in my view he has often flattered to deceive and often failed to convert good starts into big scores during the summer.

He had a poor ODI series against Sri Lanka but he redeemed himself during the T20s to end as the man-of-the-series. But in my opinion that may not be enough.

Aiden Markram’s advantage over Henrdicks is that he is currently playing in the same conditions of the World Cup in England with Hampshire and he did enough by finishing as the top scorer during the Momentum One Day Cup with 542 runs after five innings.

David Miller starred with the bat — twice — and the gloves to help South Africa reel off a sixth consecutive victory over Sri Lanka at Newlands on ...
Sport
2 years ago

The selectors have a lot of other headaches and they have to worry about the side strain and shoulder injuries to fast bowlers Lungi Ngidi and Anrich Nortje‚ which forced the duo to miss the IPL.

But we are told that they are making good progress in their recoveries.

I also don’t think that the selectors will open the door for another wicketkeeper because it appears they have settled for David Miller as backup to De Kock.

But if I were to be forced to commit myself‚ I would go with my head and take Amla to the tournament to open the batting with De Kock.

My decision is based on his experience and the belief that he is an innings away from rediscovering his form.