Cricketer Mondli Khumalo temporarily out of hospital after attack in England 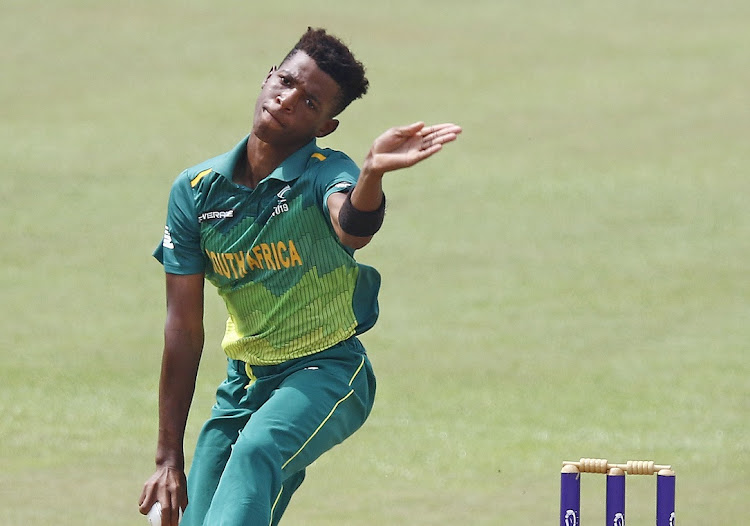 Former junior Proteas star Mondli Khumalo is out of hospital after a brutal attack in England.
Image: Anesh Debiky/Gallo Images

Former junior Proteas and KwaZulu-Natal Inland (Tuskers) cricketer Mondli Khumalo, who was brutally attacked in England, has been temporarily discharged from hospital.

Khumalo has been at Southmead Hospital in Bristol since the attack at a taxi rank near the Green Dragon pub in Bridgwater, Somerset, in the early hours of May 29.

The fast bowler, who will celebrate his 21st birthday on Saturday, was put in a medically induced coma and had three brain operations as doctors fought to save his life.

Khumalo’s uncle, Sakhelephi Khumalo, told TimesLIVE the player was discharged on Thursday morning but was expected back at the hospital in about five to seven weeks.

The hospital had a high number of Covid-19 cases and doctors felt it best that Khumalo be temporarily discharged to spend time with his family.

Khumalo’s mother, Sibongile Khumalo, is in England with Sakhelephi to be closer to Mondli.

“Mondli is out of hospital and he will be staying with us for some time. He will go back for his last operation when the Covid-19 issue at the hospital has eased and it looks like it’s going to take about five to seven weeks. But he is OK,” Sakhelephi said.

Khumalo needs one more operation to put a part his skull back that was removed during the previous operations.

SA cricketer Mondli Khumalo out of ICU after attack in England

Former junior Proteas and KwaZulu-Natal Inland cricketer Mondli Khumalo, who was brutally attacked in England, was moved out of the intensive care ...
Sport
2 months ago

The doctors couldn’t go ahead with the procedure before the Covid-19 cases crisis because of swelling.

“He is wearing a helmet. They said it’s fine for him to come stay with us with it, but we need to look after him and make sure he gets enough rest because he is likely to get tired easily,” Sakhelephi said.

Khumalo also tested positive for Covid-19 while in hospital but he has recovered.

A 27-year-old man was questioned in connection with the attack but has been released.