Proteas feel they can learn a lot from Kapp 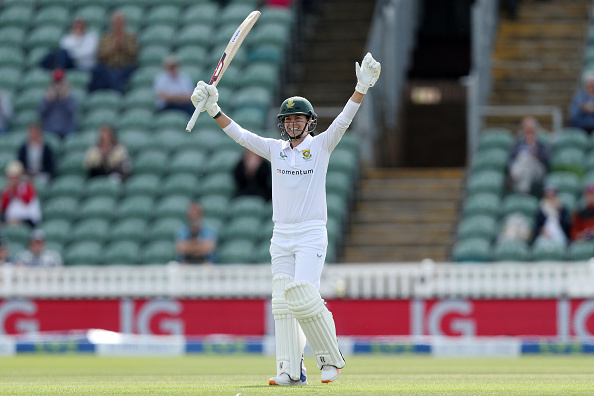 Proteas women captain Sune Luus says they need to learn as much as they can from experienced all-rounder Marizanne “Kappie” Kapp.

Kapp, 32, was one of the shining lights for the Proteas in their return to Test cricket for the first time since 2014. The Proteas’ one-off Test against England ended in a draw, thanks to persistent rain on the final two days of the match in Taunton.

Despite not having played the format in eight years, the South Africans were not found wanting on the field of play.

The Proteas' second innings was interrupted by rain with SA on 181/5 and Kapp on 43 and Tumi Sekhukhune on 33.

Luus praised her team, and Kapp in particular, and the skipper believes they can learn a lot from the all-rounder about the game of cricket as a whole.

“She is a star. I think we laughed quite a bit because she said before the Test match that she wants to bat lower in the batting order because she doesn’t have a game plan in Test cricket,” Luus said.

“But she is a star of the team and she batted really well. I think we can all just go and sit with her and just talk about what she did and what worked for her, and take it forward and learn from her.

“We can also take this into white-ball cricket because she batted quite phenomenally.”

The Proteas will now shift their focus to white-ball cricket as they play three ODIs and three T20s against England.

Nkwe is one of four fresh executive appointments the association announced on Thursday.
Sport
1 month ago

Two lengthy rain delays meant there were only 45.1 overs bowled on day three of four of the once-off Test match between the Momentum Proteas and ...
Sport
1 month ago

Proteas limited overs captain Temba Bavuma has been excluded from the team’s entire tour to the UK after sustaining an elbow injury during the ...
Sport
1 month ago

Proteas all-rounder Anneke Bosch says they are learning harsh but valuable lessons in Test cricket after a chastening second day of their one-off ...
Sport
1 month ago
Next Article