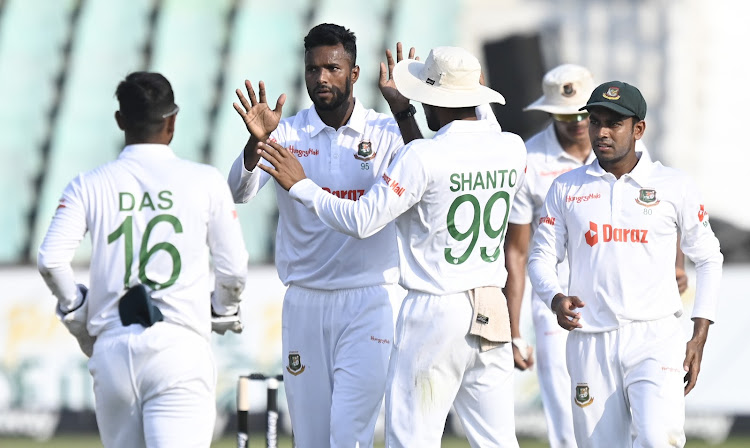 SA were bowled out for a first innings total score of 367 by Bangladesh during the second session of the first Test at Kingsmead Stadium in Durban on Friday.

The Proteas went to lunch on 314/8 but the Tigers claimed the last two wickets of Lizaard Williams and Duanne Olivier, both having scored 12 runs, before tea from the bowling efforts of Khaled Ahmed and Mehidy Hasan.

The man standing was spinner Simon Harmer, who is making his first appearance for the senior national for the first time since November 2015, with an unbeaten knock of 38.

When tea arrived, SA made the breakthrough when Harmer’s good length ball exposed the defence of Shadman Islam (9) by going through the game to crush his middle stump.

Bangladesh, who had managed to deal with the Proteas’ pace and spin, lost Islam with the last ball before tea and they will be hoping that Mahmudul Hasan Joy and his captain Mominul Haque will rebuild the innings.