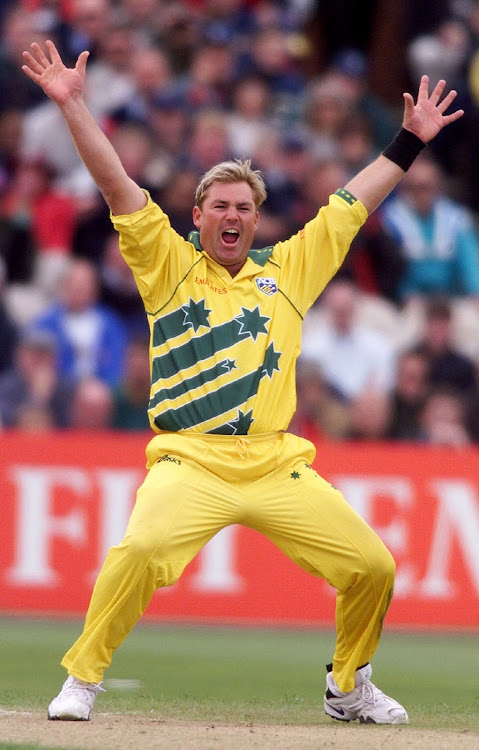 Australian Prime Minister Scott Morrison led a cascade of tributes to Shane Warne as the country woke up on Saturday to the news the cricket great had died from a suspected heart attack while on holiday in Thailand.

As many in the sporting world and beyond expressed shock and grief, Morrison said Warne's family had been offered a state funeral for the sportsman known to his compatriots simply as “Warnie”.

One of the finest bowlers of all time whose talent and personality transcended cricket, Warne died at the age of 52 on Friday, shortly after arriving in Koh Samui for a vacation with friends.

“Australians have woken in shock and sadness to the awful news of the death of Shane Warne,” Morrison said in a statement.

“His humour, his passion, his irreverence, his approachability ensured he was loved by all. Australians loved him. We all did.”

Warne's death dominated local media on Saturday, pushing news of devastating floods on the east coast of Australia and the war in Ukraine off the top of news bulletins and websites.

“Shane Warne's the greatest cricketer we've ever had and (this is) the stand where his fans saluted him for all those years,” he told reporters beside the statue of Warne outside the ground on Saturday.

“That should be named after Shane Warne and it's going to be.”

Thai Police said Warne and three other friends were staying in a private villa in Koh Samui and one of them went to inquire about him after the former cricketer did not turn up for dinner.

“The friend did CPR on him and called an ambulance,” Chatchawin Nakmusik, an officer with the Bo Put police, told Reuters by phone.

“An emergency response unit then arrived and did another CPR for 10-20 minutes. Then an ambulance from the Thai International Hospital arrived and took him there. They did CPR for five minutes, and then he died.”

They did not know the cause of death but were not treating it as suspicious, Chatchawin added.

Australia's Foreign Minister Marise Payne said officials had spoken to Warne's friends in Thailand and would be travelling to Koh Samui on Saturday to offer further assistance.

"(We are) working with Thai authorities to confirm arrangements following his passing, assist with his repatriation and provide other assistance on the ground,” she said in a statement.

Warne's last Tweet was a tribute to another former Australian cricket great, wicketkeeper Rod Marsh, who died on Friday at the age of 74.

Credited for reviving the art of leg spin, Warne made his Test debut in 1992 against India and by the time he ended his 15-year international career, he had established himself as one of the greats of the game.

Tributes to Warne continued to flood social media with the great and the good of cricket joined by fans of the sport such as rock stars Mick Jagger, Elton John and Ed Sheeran.

Australia's men and women's teams will wear black armbands in Warne's honour when they play matches in Pakistan and New Zealand respectively on Saturday. Warne was rated as one of the five greatest players of the 20th century by Wisden Cricketers' Almanack but his hard-living often made tabloid headlines as well.

The wily spinner frequently courted controversy and served a 12-month suspension after testing positive for banned diuretics in 2003.

“Of course he was controversial, but also put cricket on the map for a lot of people,” Sydney resident Eddie Piazza told Reuters.

“So he did a couple of crazy things, but what a legend and we should remember him for the good things.”

Spinner Ashwin hits back in overthrow spat, says he's not a 'disgrace'

India spinner Ravichandran Ashwin has hit back at England captain Eoin Morgan and New Zealand seamer Tim Southee over their heated argument about a ...
Sport
10 months ago

Australian police arrested four men in dawn raids on Wednesday in connection with the alleged kidnap and assault of former test cricketer Stuart ...
Sport
1 year ago
Next Article