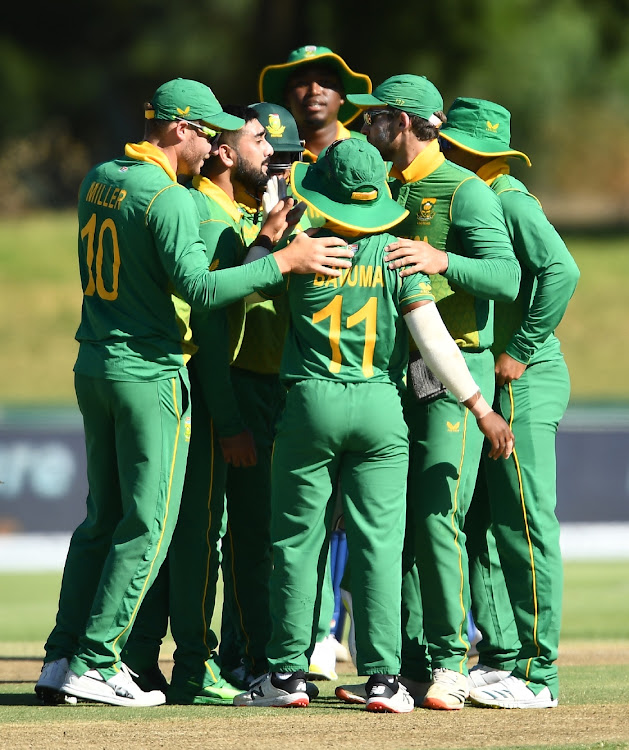 SA rode the momentum of their Test series win over India into the ODI series by winning the first one by 31 runs at Boland Park in Paarl on Wednesday.

Having won the last two Tests, and the manner in which this victory was achieved, suggest the home side now hold a grip over the tourists that will be difficult to break in the second ODI at the same ground on Friday.

India's back was perhaps broken by events in the first half of the day when Bavuma and Van der Dussen, in sweltering conditions, shared one of the more memorable stands for the Proteas in recent history.

While Bavuma brought solidity to the innings after the early demise of Janneman Malan, it was Van der Dussen who played a knock for the ages on a surface that rarely entertained such exquisite run-scoring excess. It was an innings of style and substance in every sense.

Van der Dussen brought much-needed impetus to the innings. Alert running between the wickets with provincial teammate Bavuma as well as the harsh treatment of wayward deliveries were the hallmarks of his innings.

Their record 204-run partnership at this ground for the fourth wicket in size and speed at which it was constructed was always going to be hard to replicate in a chase on a wicket that appeared to get slower as the day progressed.

Dhawan, who was in fine touch, was particularly fierce driving square of the wicket. When the Proteas offered him width he profited.

The introduction of Tabraiz Shamsi in the 20th over, it was hoped, would turn the tide in the home team's favour. He started, rather anticlimactically, with a wide and went for nine in his first over.

Dhawan looked completely at ease whether facing up to the slow right-arm deliveries of Aiden Markram, or Marco Jansen steaming in from the Stables End of the ground. He was absolutely effortless and had hardly played a shot in anger by the time he reached his half century.

Kohli, of course, was not to be outdone. Though he at times stroked the ball majestically, he had to rein himself in.

The game turned decisively in SA's favour when India lost both batters inside three overs. Dhawan was bowled by Keshav Maharaj for 79 before Kohli succumbed meekly. He somehow scooped a benign leg-side drifting delivery from Shamsi to Bavuma at midwicket. Kohli looked ruefully down at the wicket and then at the bottom of the bat as if a scapegoat would reveal itself.

When hard-hitting Rishabh Pant departed with India still needing 115 their fate was sealed.

Shardul Thakur (50, 43 balls, 5x4, 1x6) hit some lusty blows to give the India scorecard some respectability.