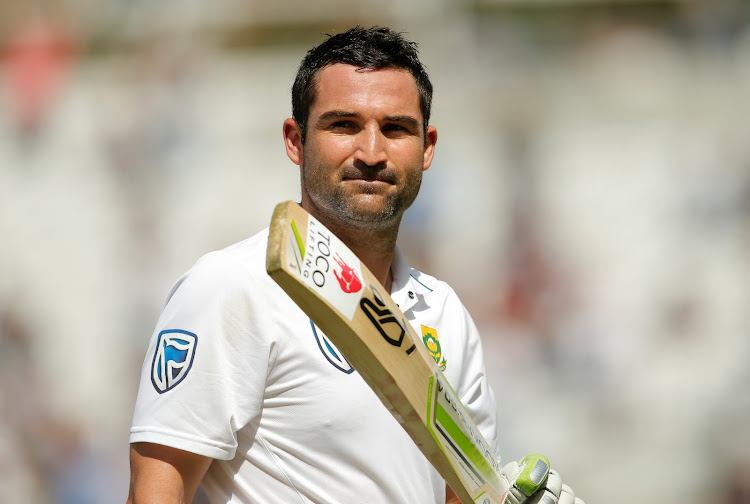 Proteas captain Dean Elgar is eager to square the series ahead of the Newlands test.
Image: Reuters/Andrew Couldridge

Fourth-innings chases are at their core laden with peril.

They provide fertile ground for misstep and miscalculation. They test patience, endurance, fortitude, not to mention the potential for all manner of orthopaedic misadventure on uneven surfaces. SA skipper Dean Elgar has learnt to take it on the chin.

SA would have had reason to start their bid to square the Test series against India with an outlook that was a little south of 'cheerily optimistic' when they took to the crease in the fourth innings of the second Test at the Wanderers on Wednesday.

In Test parlance they started their pursuit of 240 facing not so much an Everest, as the Leonardo, the tower which dominates the Sandton skyline to the north of the ground.

The hosts would have been buoyed by their openers, Aiden Markram and Dean Elgar, for once clearing the basement floors as they constructed a 47-run stand before the former was made to look silly in first innings hero Thakur Shardul's second over.

That the stand was the fifth-highest for the opening wicket for the Proteas in the past two seasons provides a porthole to the troubled waters their batting has bobbled in of late.

The departure of AB de Villiers, Faf du Plessis and Quinton de Kock has left an experience vacuum in the team that will only be remedied with time. Indeed, only Markram, Elgar and Temba Bavuma in the current team have registered Test centuries in a batting line-up that is as short of runs as it is vertically challenged.

The hosts faced considerable but not insurmountable odds when they walked out to try to keep the series alive.

They would have been well aware the highest successful chase at this ground was achieved in 2011 when Australia reached 310 with two wickets in hand in the match that saw the introduction of the incomparable Pat Cummins to the Test arena.

The Proteas would likely also have been armed with the knowledge that the wonderfully enthralling clash against India here in 2013 ended in tantalising stalemate with the hosts just eight runs short of their 458 victory target.

On that occasion both teams enjoyed markedly more profitable stints at the crease in their second innings and SA will hope the same applies in this Test, especially after India improved on their below 200 first innings tally.

The wicket has misbehaved occasionally but not to the extent that a dungeon of demons lie beneath.

Should SA fail to reach their target, demons of a different kind are more likely to surface.