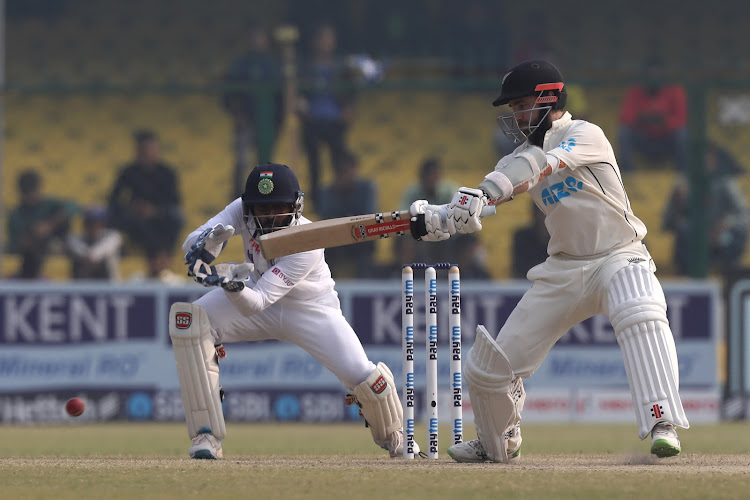 New Zealand will be looking for a rare series win in India when the second and final test starts in Mumbai on Friday.
Image: @ICC/Twitter

Chasing a target of 284 for victory on the final day, New Zealand slumped to 155-9 with nearly nine overs to go and an upbeat India was pressing for victory in fading light.

But Ravindra and Patel batted resolutely to deny India and guided New Zealand to 165-9 when bad light stopped play.

Ravindra faced 91 balls for his 18 not out, while Patel survived 23 balls to be unbeaten on two.

Tom Latham top-scored for New Zealand with 52, but it was New Zealand's unbroken last-wicket partnership which saved the match for them.

After a wicketless morning session, India claimed three wickets in the second session to take charge, though they eventually had to settle for a draw.

Ravindra Jadeja (4-40) and Ravichandran Ashwin (3-35) took the bulk of the wickets for the hosts.

The second and final test starts in Mumbai on Friday.