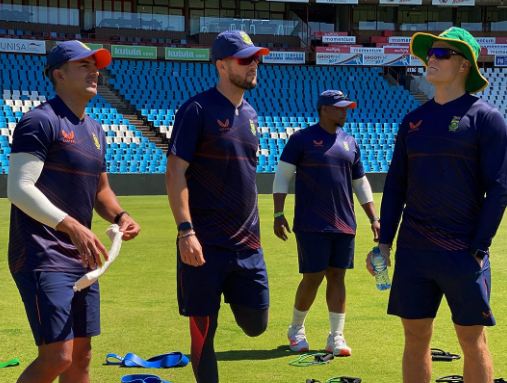 Former Proteas convener of selectors Linda Zondi says the ODI squad named to play the Netherlands in a three-match series starting on Friday is a balanced mixture of youth and experience capable of a clean sweep of the Dutch.

The Proteas 16-member squad assembled in Centurion on Tuesday for their first training session at SuperSport Park, the venue for the first and second ODIs before the third at the Wanderers in Johannesburg, without key regular players.

Limited-overs captain Temba Bavuma, Aiden Markram, Quinton de Kock, Rassie van der Dussen, Kagiso Rabada and Anrich Nortjé are being rested to allow them to recharge their batteries after a gruelling but unsuccessful T20 World Cup campaign, and with an eye on the blockbuster all-format series against India starting on December 17.

“It does not mean that by resting the senior players you are actually saying the Netherlands are weak,” said Zondi, Cricket SA convener of selectors from 2015 to 2019.

“It is a good thing that a decision has been made to bring in the young guys.”

With four of the Proteas limited-overs top four batters and bowling spearheads rested, coach Mark Boucher will be confronted with a selection puzzle, but Zondi said he will have a lot of options to choose from.

“When you look at our batting guys, like Janneman Malan, who can come through up front and really do wonders for the team,” Zondi said.

“You’ve also got a young batter in Kyle Verreynne, who can also keep, and will probably take the gloves. I’m quite comfortable with the experience this team possesses.”

While the squad features only one uncapped player in Ryan Rickelton, there are plenty of uncertainties over who will make up the final 11 and how the Proteas will look to balance their side.

“When you look at the team, some of the guys have represented the Proteas before, and the only guy who is probably still coming through the system is Rickelton.

“There are so many options the coach will have.”

Zondi said Boucher has the luxury to play all three all-rounders in the squad if he wants to.

“[Wayne] Parnell will definitely give you the variety, with him being left-handed, and is likely to come in as the leading all-rounder.

“I think [Dwaine] Pretorius is viewed as a batting all-rounder and Parnell and [Andile] Phehlukwayo are both bowling all-rounders.

“So it’s either you will have Phehlukwayo or Parnell because they are both bowling all-rounders, even though we saw at the T20 World Cup that Pretorius did well with the ball.

“You can even play all three all-rounders if you want to, but I think they will go with two. They have a good balance and we are in a good space.

Lungi Ngidi was expected to lead the attack after watching from the sidelines at the World Cup, but the bulky fast bowler will miss out after testing positive for Covid-19.

The Proteas team management said the medical team will keep in contact with Ngidi to ensure his physical and mental well-being, and Junior Dala has been called up to replace him.

Another seam bowler, Lizaad Williams, has been ruled out of the tour due to a intercostal muscle strain. Williams is undergoing treatement and will continue to be assessed. No replacement has been named for him.

Dala will join a bolwing attack of Daryn Dupavillon and Sisanda Magala and all-rounders Phehlukwayo, Pretorius and Parnell.

“It’s quite a good balance if you are looking at three out and out seamers, with Dupavillon, Magala and Williams, and with that seaming attack, they have also gone in with three all-rounders.

“So, already within the bowling department, you’ve got three seamers and three all-rounders, which will allow you to have a number six, seven or eight who can bat, which then strengthens the batting line-up.

“This is a build up to the 2023 Cricket World Cup and, as you know, the points system is in place and there is no room for a series loss now.”