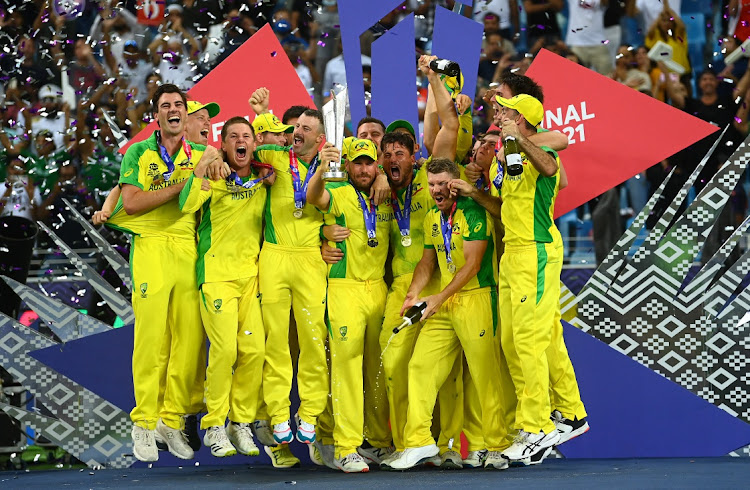 Dubai - As fireworks lit up the Dubai sky after Sunday's Twenty20 World Cup final and shimmering confetti rained on the jubilant Australian team, the organisers heaved a huge sigh of relief at the safe and glitzy culmination of the showpiece event.

It was not until June that the Indian cricket board (BCCI) threw up their hand conceding it was not possible to host the 16-team tournament in the coronavirus-battered country.

The tournament found a new home in the United Arab Emirates (UAE) while Oman was allotted some preliminary round matches, even though the BCCI retained its host status.

After an action-packed month, Aaron Finch's Australia, written off after a horrendous build-up, emerged with their maiden 20-overs world title in their arms.

The tournament meandered initially until pre-tournament favourites India sent shockwaves with their premature exit in what was Virat Kohli's swansong as the team's 20-overs leader.

The competition sprang to life in the semi-finals when New Zealand stunned reigning 50-overs world champions England and Australia humbled Pakistan, the tournament's only unbeaten team until then.

England opener Jos Buttler and Sri Lanka all-rounder Wanindu Hasaranga set alight the tournament with their individual brilliance even if their team could not last the distance.

And few can match the bravery of Pakistan stumper-batsman Mohammad Rizwan, who spent two nights in intensive care with a chest infection and returned to top-score for his team in their semi-final loss to Australia.

India's Kohli also won hearts for his bold stance against religious discrimination after team mate Mohammed Shami had been subjected to online abuse following the team's defeat by Pakistan.

"You sign up to play the game, you win and you lose, and these are things that can happen on any day," the ever-graceful 31-year-old said.

"If you look at the campaign on the whole, which we do, and the type of cricket that we have been able to play, I can say that we are very proud of our efforts throughout this period of time."

Coach Gary Stead said he had no regrets after seeing New Zealand lose in the final of a white-ball World Cup cricket final for the third time in six ...
Sport
3 weeks ago

Former Proteas captain Shaun Pollock has been inducted into the prestigious ICC Cricket Hall of Fame.
Sport
3 weeks ago

Matthew Wade needed a stroke of luck to fire Australia into the Twenty20 World Cup final but he refused to call it the turning-point in their ...
Sport
3 weeks ago
Next Article