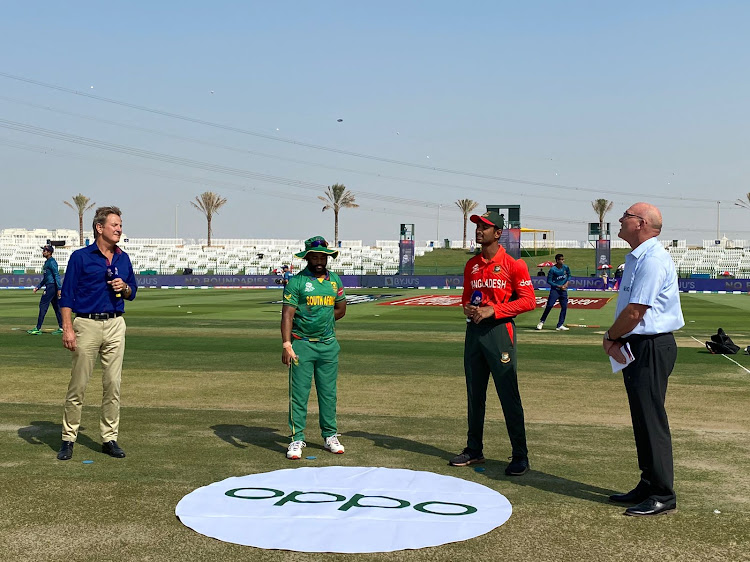 Temba Bavuma won the toss and asked Bangladesh to bat first in their penultimate match of the group stages as SA bid to consolidate their top two position in Group 1 and enhance their chances of advancing to the knockout rounds of the T20 World Cup.

The Proteas announced an unchanged team from the one that beat Sri Lanka by four wickets on Saturday.

The clash in Abu Dhabi is the fourth match of the Super 12 stage for both teams.

While the Russell Domingo-coached Bangladesh are already out of contention to qualify for the semifinal stages, having lost their opening three matches, SA can double their chances of reaching the knockout rounds.

The Proteas started their campaign with a narrow defeat to Australia and bounced back with comprehensive back-to-back wins over defending champions West Indies and Sri Lanka.