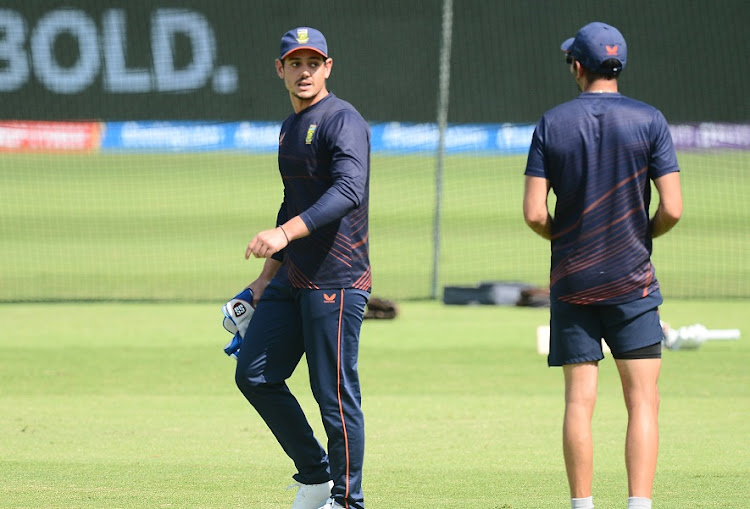 Quinton de Kock has returned to the Proteas’ starting line-up for their ICC T20 World Cup match against Sri Lanka at the Sharjah Cricket Stadium in Dubai on Stadium on Saturday.

De Kock missed SA’s last match against the West Indies on Tuesday when he made himself unavailable after an instruction by the Cricket SA (CSA) board for the players to take the knee in support of the Black Lives Matter (BLM) movement.

De Kock, who apologised on Thursday, returns to open the batting with captain Temba Bavuma and the rest of the batting top order is completed by Reeza Hendricks, Aiden Markram, Rassie van der Dussen and David Miller.

Dwaine Pretorius is the all-rounder and the bowling responsibilities will be taken by Kagiso Rabada, Keshav Maharaj, Anrich Nortjé and Tabraiz Shamsi as SA go all-out for a win that will keep their plans for the semifinals alive.

On what is expected to be a slow and low wicket De Kock has taken the place of Heinrich Klaasen, who kept wicket against the West Indies.

Sri Lanka remain unchanged from their last match against Australia.

Bavuma won the toss and opted to bowl as the Proteas will be looking for their second win of the tournament after three starts.