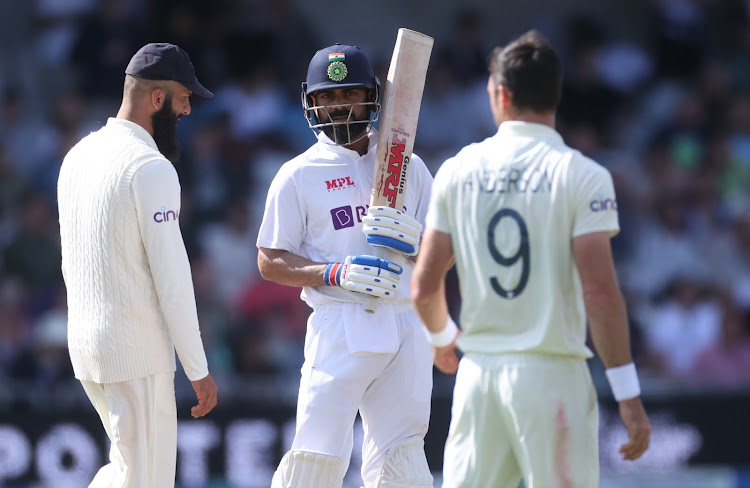 India captain Virat Kohli lashed out on Saturday at the "spineless people" who abused bowler Mohammed Shami online after his side's defeat in their Twenty20 World Cup opener against Pakistan last weekend.

"There's a good reason why we are playing on the field and not some bunch of spineless people on social media that have no courage to actually speak to any individual in person," Kohli told reporters.

The India team as well as the Board of Control for Cricket in India had stayed silent after the incident and today's players rarely speak out so forcefully.

Several former India players have decried earlier the abuse on social media, though.

The entire India attack went wicketless in the Dubai blockbuster between the neighbours and rivals, and Shami, who is Muslim, was the victim of online abuse including Islamophobic messages.

"Attacking someone over their religion is the most, I would say, pathetic thing that a human being can do," Kohli said.

"I don't even want to waste one minute of my life to give any attention to those people, and neither does Shami, neither does anyone else in the team."

The 32-year-old said that online abuse had become a "source of entertainment in today's world" and that he was confident the episode would not mar the dressing room atmosphere.

"We stand by him fully. We are backing him 200%... Our brotherhood, our friendship within the team - nothing can be shaken."

Kohli's team will hope to avoid all such distractions and revive their campaign with a win in Sunday's crucial Super 12 match against New Zealand, who are also smarting from defeat at the hands of Pakistan.

New Zealand spearhead Trent Boult said he is planning to follow the example of fellow left-arm quick Shaheen Afridi of Pakistan and swing the ball in to India's right-handers.

Kohli said India had their own plan to foil Boult.

"If Trent says he wants to replicate what Shaheen did against us, obviously he's motivated to do so and we have to be motivated to counter that and try and put pressure on him and other bowlers," Kohli said.

"We've played against all these bowlers for a long period of time and we understand exactly what we need to do. All that matters now is when we step onto the field, what kind of mental frame we are in."