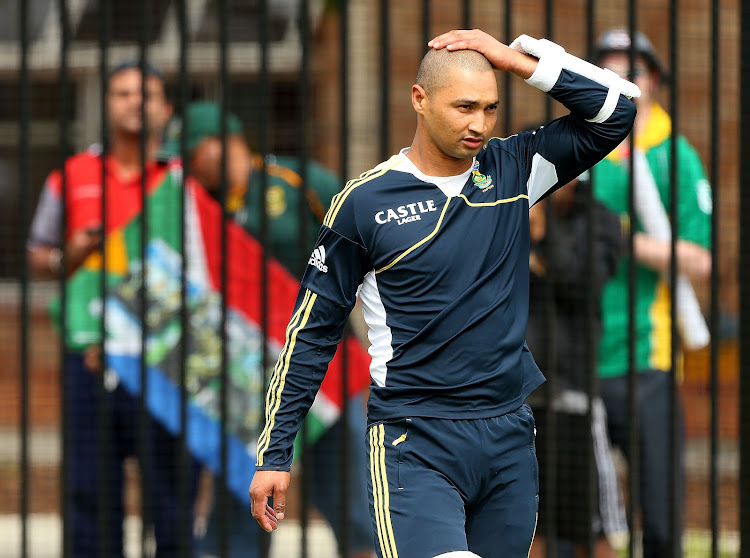 Investigators who probed the infamous 2015 Cricket SA (CSA) match-fixing scandal have refuted allegations of racial discrimination and procedural unfairness during an investigation that led to seven players being charged and banned for accepting money to corrupt matches.

David Becker, the lawyer who was appointed by CSA to lead the investigation with Louis Cole, the organisation’s designated anti-corruption officer, appeared at the Social Justice and Nation-building (SJN) hearings this week to respond to allegations made by some of the players during their testimonies in July.

Banned players Alviro Petersen, Thami Tsolekile, Lonwabo Tsotsobe, Ethy Mbhalati, Phumelele Matshikwe and Jean Symes were recruited by Gulam Bodi, who has since been criminally convicted, and their sanctions ranged from two to 12 years.

Petersen, Tsolekile, Tsotsobe and Mbhalati appeared at the hearings and alleged that they were targeted in the match-fixing scandal because they were black, and that Vaughn van Jaarsveld was also allegedly approached by Bodi but was treated differently and not charged because he is white. They also said there were procedural irregularities during the investigation and they were coerced into agreeing to sign sanction agreements.

“I deny that I targeted black players during the investigation,” said Cole.

“The players that were charged, were charged on the basis of evidence that had been gathered. Presumably the suggestion that I treated black players and white players differently, was based on the fact that I did not charge Mr Van Jaarsveld.

“I deny that Van Jaarsveld received any favourable treatment or that I favoured him because he is white.”

Becker and Cole denied racial bias and any allegation of wrongdoing during the investigations, with Cole saying the players “do not have clean hands”.

Petersen told the hearings that he was unfairly treated because he was black and questioned why Van Jaarsveld, who like him took two days to report Bodi’s approach, was not charged.

Mbhalati and Tsolekile made similar allegations, saying the decision not to charge Van Jaarsveld was racially motivated.

Cole defended the decision and said the difference was that, although both were wrong to report Bodi’s approach late, Van Jaarsveld came clean the first time while Petersen omitted critical information of his meetings with Bodi and the bookmakers, and only admitted his involvement when confronted with evidence.

Cole said Petersen took close to a year to make a full disclosure while Van Jaarsveld was truthful from the start.

“I deny that Mr Becker and I intimidated, coerced or threatened players. The reality of the situation is that they do not have clean hands and they are trying to play victims when they are in fact perpetrators of corrupt conduct,” said Cole.

“Mr Petersen, Tsotsobe, Tsolekile and Mbhalati have perjured themselves during these hearings by misrepresenting under oath the circumstances under which they signed the sanction agreements.

“It is such a pity that they do not accept responsibility for their actions and they tried to present themselves as victims of racism and unfair discrimination by virtue of the match-fixing.

“They also fail to appreciate how much damage they did to cricket in South Africa and the world,” said Cole.

Becker said: “It is submitted that an obvious question that must be asked is why were these allegations about unfairness and racial prejudice not made in the four years following the agreed sanction agreement?”

Becker said they have nothing to hide and that their investigation was praised by world cricket governing body, the ICC, for its processes and outcomes. He said it's unfortunate that it was tarnished by the players for opportunistic gains.

“As an independent third party having agreed to assist cricket in the fight against its biggest scourge, it is disappointing to find myself having to defend damaging allegations that have no merit.”