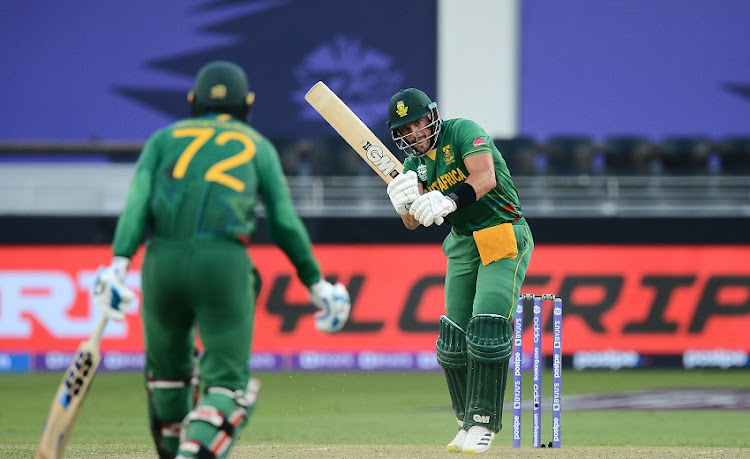 SA have refreshed their hopes of making it to the semifinal stage of the ICC T20 World Cup with a clinical eight-wicket destruction of the West Indies at the Dubai International Stadium on Tuesday.

The Proteas crossed the line comfortably but the victory was overshadowed by Quinton de Kock’s headlines after he made himself unavailable for the match for not wanting to take the knee after Cricket SA (CSA) board ordered the players to do so.

Proteas captain Temba Bavuma won the toss and inserted the West Indies to bat first and they could only get to 143/8 during their allotted 20 overs with opener Evin Lewis top scoring with a defiant knock of 56 off 53.

During the run chase, the Proteas did not have too many problems, needing only 18.2 overs to reach their target and to recover from the crushing five-wicket defeat to Australia in their opener on Saturday.

The Proteas lost Bavuma (2) in the first over and Reeza Hendricks (39), who replaced De Kock at the top of the batting order, in the tenth over but Rassie van der Dussen (43) and Aiden Markram (51) helped the team home with a match-winning partnership.

Van der Dussen and Markram put together an unbeaten partnership of 83 off 54 as the Proteas registered their first win of the tournament while condemning the West Indies to their second defeat in succession.

The Proteas will be looking to continue with this winning momentum and push for a place in the semifinal in their remaining group stages matches against Sri Lanka on Saturday and against Bangladesh and England next week.

Akeal Hosein took the wicket of Hendricks while Bavuma was run out by Andre Russell with direct hit that was thrown from the bowler's end after he went for a risky single.

The West Indies' middle and lower order batters once again failed to produce the required results and only Lewis made a notable contribution to the scoreboard.

Lewis scored 56,  followed by Kieron Pollard with 26 off 20. This was another woeful performance by the Indies who were bowled out for a below-par total of 54 runs by England on Saturday.

The most disappointing part for the West Indies batting was that the other eight batters who took to the crease failed to go past the 20-run mark as they were restricted to 143 in their 20 overs.

With ball in hand, Dwaine Pretorius starred for the Proteas with three wickets in his two overs in which he accounted for Chris Gayle (12), Hayden Walsh (0) and Kieron Pollard (26).

Pretorius was followed by Keshav Maharaj with the wickets of Nicholas Pooran (12) and Evin Lewis (56) while Kagiso Rabada and Anrich Norjte removed Lendl Simmons (16) and Hayden Walsh (0) respectively.

The other wicket to fall was Shimron Hetmyer (1) who was run out by a combination of David Miller and Klaasen.