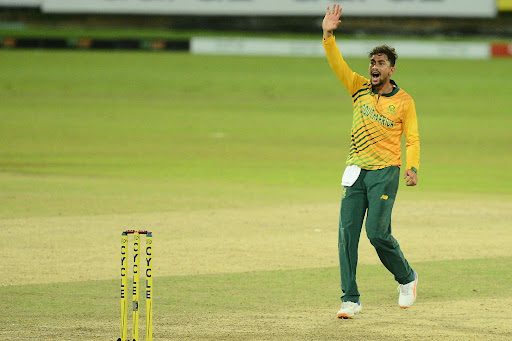 Familiarity of the conditions in the case of South Africans currently playing in the Indian Premier League (IPL) is going to be valuable for the Proteas during the coming ICC T20 World Cup, says spinner Bjorn Fortuin.

The World Cup begins in two weeks time with a mouthwatering clash between SA and Australia in Abu Dhabi, at the same venues where the IPL is being completed at the moment.

These players are possibly going to start against Australia in the tournament opener and Fortuin said they bring valuable information and would have adapted to the hot conditions.

“Information that they are going to provide to us as a team is going to be of immense value,” said Fortuin from the Proteas camp in Abu Dhabi where they are in quarantine until Monday.

“They are playing against some of the guys who will be at the tournament as well, so they will bring a lot of information that will help us to prepare for the first game and beyond.

“Apart from the information that they are going to bring, they are all world class players and each one of them are match winners in their own right. They will be a massive boost for us as a squad and they bring more new energy.”

The 26-year-old left-arm spinner, who will be playing in his first major ICC competition, said his selection to the squad was a reward for hard work and patience.

“The big thing for me was just trusting the process, backing my abilities and making sure that when the opportunity comes I am are ready for it. I am fortunate that I have a few of my Lions teammates with me.

“They have been with me on the journey from the beginning. They have helped in making sure that my mindset is at the right place so that whenever the opportunities come I am ready.”

Fortuin, who has one ODI and 13 T20s under his name since 2019, also revealed that there were times when he thought his dream of playing for the Proteas would never materialise.

“I won’t lie, there were some challenging times where I thought that this goal (of playing for the Proteas) was quite far to reach, but I stayed patient and true to my game, and it  helped the process.

“I was quite happy when I was told that I have been selected for the T20 World Cup and it didn’t really sink in until we got together in camp in Durban where I saw the excitement on the faces of the other guys.

“You could see that the guys were gearing up for a massive challenge and it was time to get down to some serious business. I am just happy to represent my country at this stage and we will do our best to bring the trophy home.”