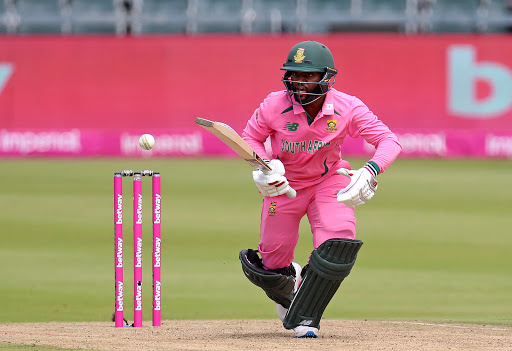 Proteas limited-overs captain Temba Bavuma and Springboks skipper Siya Kolisi are good friends when they are not wielding the willow or chasing the leather.

They don’t come from the same province but speak the same language, and are signed to the same sports management company, the Jay-Z-owned Roc Nation, which is blazing a trail by acquiring South African athletes.

They are both quality leaders in their own right with the only difference, besides height, being that Kolisi is a world champion, having led the Springboks to Rugby World Cup glory in Japan two years ago, while Bavuma is on a quest to conquer the globe with the Proteas.

With the more popular men’s national football team Bafana Bafana perennially struggling to qualify for major tournaments, hopes are on Bavuma’s limited-overs team to revitalise the euphoria that came with Kolisi hoisting the Webb Ellis trophy to the heavens in Yokohama in November 2019.

Cricket is the only powerhouse sporting federation that has not won a major title and Bavuma believes that he and the Proteas can emulate Kolisi’s Springboks and go all the way to the November 14 final.

SA arrived in Dubai on Monday and began fine-tuning their preparations ahead of their participation at the T20 World Cup to be hosted by the United Arab Emirates from October 17.

“There is a lot of inspiration that we can draw from the Springboks,” said Bavuma.

“As much as how they performed in the Rugby Championship [where they finished third behind New Zealand and Australia] did not go according to how they would have wanted, but we always had that sense of belief that they can win at any time.

“That fight that they have, the resilience that they have showed over the years, I guess it is something that as sports people we admire.”

Bavuma's team have a warm-up match against Afghanistan on October 18 and will start their World Cup campaign against Australia in Abu Dhabi on October 23.

“As the Proteas we bank on our resilience. We also know that the people at home want us to do well on a big stage.”

The 31-year-old Bavuma said he has not had enough time to chat with 30-year-old Springboks captain Kolisi to get pointers on what it takes to win a world event and how to deal with the pressures that come with being a leader.

“I have not chatted with him of late because Siya is obviously busy on the other side of the world.

“I would probably touch base with him over the next couple of days, when things have kind of settled, especially on his side.”

While Langa-born Bavuma will benefit a lot from advice from the Zwide-born Kolisi, the Proteas skipper is wary of overloading himself with information.

“I think sometimes it is a bit better when you do not know what to expect, and I guess to kind of allow yourself to rely on hope or faith or whatever you want to call it. I don’t want to play it too much in my head.

“I believe I have done all I can to hold myself in the coming moments.

“I really do not think that I should be trying new things or try to bring a different version of Temba.

“As I have always done, especially of late, is just to take things day by day and trust that things will look after themselves if I do the right things.”