It's been a refreshing change, says Shamsi on Proteas' ability to field as many as four spinners 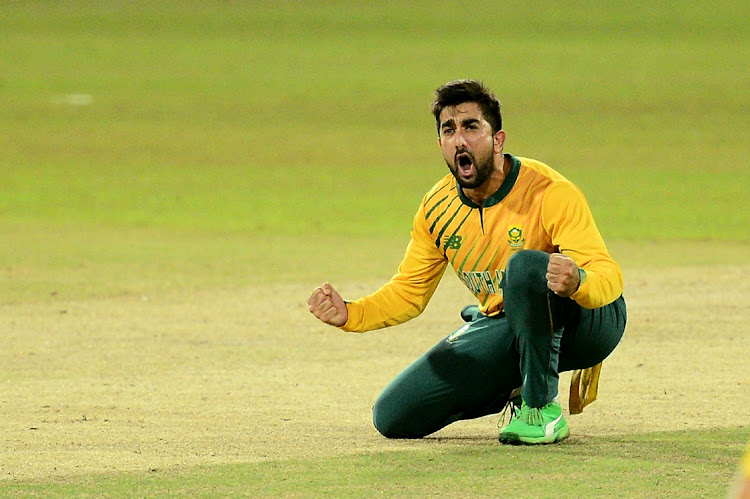 Top-ranked world T20 bowler Tabraiz Shamsi says the options the Proteas have in their spin department will stand the team in good stead on flat and spinning surfaces at next month’s World Cup.

Spinners Bjorn Fortuin, Keshav Maharaj, Shamsi and part-timer Aiden Markram shared nine wickets among them as the Proteas made light work of Sri Lanka, smashing their hosts by a 9-wicket margin with 35 balls remaining in Colombo on Sunday to take an unassailable 2-0 lead ahead of Tuesday’s third and final match.

While Shamsi, Fortuin and Maharaj are specialist left-arm spinners, Markram has been used as a fourth spinner and contributed handsomely with his part-time off-breaks, taking three wickets for just 21 runs in his allotted four overs before scoring an unbeaten 21.

Markram’s contribution with the ball in hand has become as important as his batting and further underlines his importance to the team’s balance.

“Aiden was unbelievable again today taking three wickets and making runs. It is definitely a bonus for us,” said Shamsi.

There is a growing buzz in the Proteas camp about the team’s ability to play well in flat and spinning conditions and Shamsi naturally welcomed the increasing tendency of fielding as many as four spinners.

“It’s been very nice because we have that many quality spinners. Generally, maybe in the past, when we got to a spinning wicket, maybe we had a reluctance to pick spinners.

“So that has been a refreshing change. We are picking teams according to the conditions and we have the players to back it up.

“We have three quality [specialist] spinners in the squad plus Aiden. So I think that is really nice.

“It just gives us options, whereas maybe previously we just had eight overs of spin.”

Shamsi said the team has worked hard behind the scenes over the past few months to improve their ability to play spin.

“Obviously Sri Lanka had prepared spinning wickets thinking that we have a weakness. Maybe in the past we did, but obviously the boys had done a lot of work behind the scenes over the past couple of months and everyone can see it.

“We have capability of fighting fire with fire and that is probably some of the wickets that we might experience during the World Cup,” said Shamsi.

“As you have noticed, even in the ODI series and in this T20 series, we have bowled a majority of spin overs. So it is nice to have that option.”

The Proteas will be out to claim a 3-0 whitewash in the third and final match of the T20 series at the R. Premadasa Stadium on Tuesday.