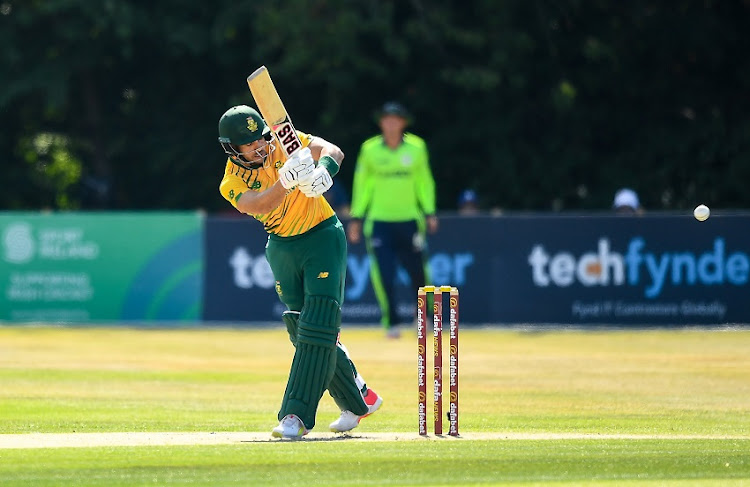 South Africa completed a 3-0 T20 series whitewash over Ireland after they thrashed the minnows by 49 runs in the third and final match played in Belfast on Saturday.

Proteas won the toss and opted to bat first and they grabbed the initiative with the bat thanks to a match winning first wicket stand of 127 off 92 between captain Temba Bavuma and Reeza Hendricks.

The Proteas, who suffered a top-order collapse in the second match during the week, took the cautious approach as they scored 63 runs in their first 10 overs without losing a wicket.

They started to accelerate in the last 10 overs where they scored 126 runs to post the highest total of the series.

Proteas batsmen in Hendricks, Bavuma, David Miller and Heinrich Klaasen benefited from poor bowling by Ireland and their fielding that generally left a lot to be desired.

Hendricks was dropped by Benjamin White on 35 as debutant bowler messed up what should have been a regulation catch down his throat.

The first wicket for South Africa was that of Hendricks after he was caught behind by Lorcan Tucker as he missed the ball while attempting to reverse sweep bowler Simi Singh.

Before he was dismissed, Hendricks contributed 69 of 48 to his sensational partnership of 127 with Bavuma.

For Hendricks, it was his 6th half century in T20s while for Bavuma it was his first in this format as he made up for what has been a difficult series where he only scored 13 in the first two matches.

Bavuma was the next to be removed when he was caught by Mark Adair at deep mid-wicket from the bowling of Barry McCarthy leaving Miller and Klaasen to finish the job.

Miller, who scored a brisk 33 off 17 in the few overs he was on the crease, shared impressive partnerships of 32 with Bavuma and of 26 with Klaasen (7) as they set the Irish a mammoth target of 190 to salvage some pride.

Proteas did not have too many troubles with ball in hand as spinner George Linde, fast bowlers Wiaam Mulder and Lizaard Willians ended their shift as the main destroyers with two wickets each.

Andile Phehlukwayo got the wicket Shane Getkate as the Proteas got the crucial series win that was an integral part of their World Cup preparations.

Phehlukwayo and Bavuma were responsible for the run outs of Simi Singh and Mark Adair.

With the bat, there was nothing much to write home about for Ireland as Balbirnie was their top scorer with 27 and he was followed by Young and Tucker with 22 and 19 respectively as they failed to convert their starts.