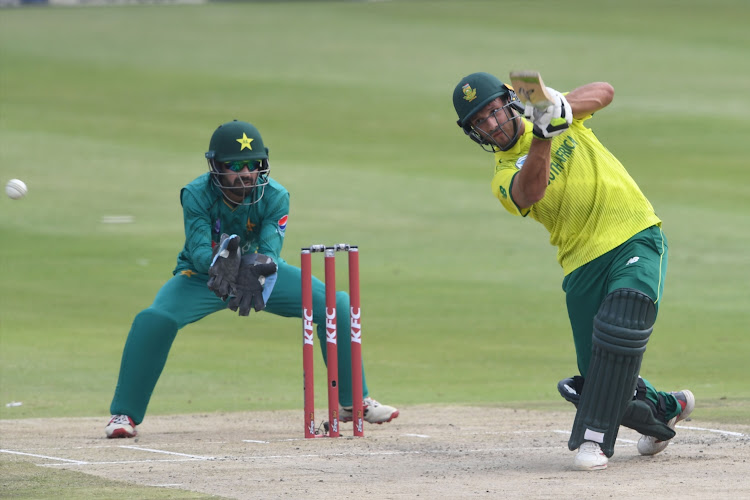 Janneman Malan of the Proteas during the 2nd KFC T20 International match between South Africa and Pakistan at Bidvest Wanderers Stadium on February 03, 2019.
Image: Lee Warren

Proteas opener Janneman Malan has called on his teammates to step up and win the third and final ODI against Ireland at Malahide Cricket Ground in Dublin on Friday to avoid an embarrassing series defeat.

Ireland go into Friday’s encounter leading the series 1-0 after the first match was rained out and another defeat will see the Proteas further drop important World Cup Super League points that go towards qualifying for the 2023 World Cup.

“We definitely don’t want to leave this tour with a loss‚ so there is no other option but to win our next game” Malan said.

“We back ourselves to win on Friday‚ we just need to show a bit more hunger and motivation by throwing ourselves around on the field.

“We need clear plans and hopefully we have learned from the death overs bowling in the previous match and with regards to batting that we just need to set it up and execute properly.”

In the 43-run loss on Tuesday‚ Ireland scored 290-5 with captain Andy Balbirnie registering his seventh ODI century but the Proteas were bowled out for 247 after 48.3 overs in reply.

“Obviously everyone is hurting very badly‚ but credit must go to Ireland because they played an extremely good game all-round. We have some stuff to look at and to fix for the next game and that’s definitely what we are going to do‚” Malan said.

“The difference between us and them was that they scored 100 runs in the last 10 overs‚ which includes close to 60 in the last four overs. They achieved that by having some guy in and not having new batters all the time trying to hit big shots.

“I think if we had taken our batting a little bit deeper we could also have put that kind of pressure on them. It happens quickly in the game of cricket and obviously we can’t be putting performances like these but we will try to correct as well as we can.”

Malan also indicated that the other area where they need to improve is fielding because they dropped catches that could have put Ireland under pressure early on.

“Sometimes you have days like that but you don’t want to drop three catches in an innings. It happens but it can’t happen too much because we are a professional unit. The guys will definitely come back and show the hunger that we need to show on the field with energy.

“We know what we did in the first match and the next match is just to identify where to be smarter and we just need a general all-round better performance.”

Reflecting in his personal performance as the Proteas’ top-scorer with 84 off 96‚ Malan he was disappointed not to go for what could have been his second ODI century.

“It was quite nerve-wracking because you don’t get a lot of games‚ so it was a kind of a good feeling to represent your country in Ireland. It is nice to be here and in different conditions‚ but I think it helped watching them bat twice before we batted the first time and we took some info from that.

“But you kind of need a good platform. Losing me and Rassie (Van der Dussen) in a space of an over wasn’t good.”