Ex-Proteas star Phangiso relives the painful experience that reduced him to tears: 'I actually started crying' 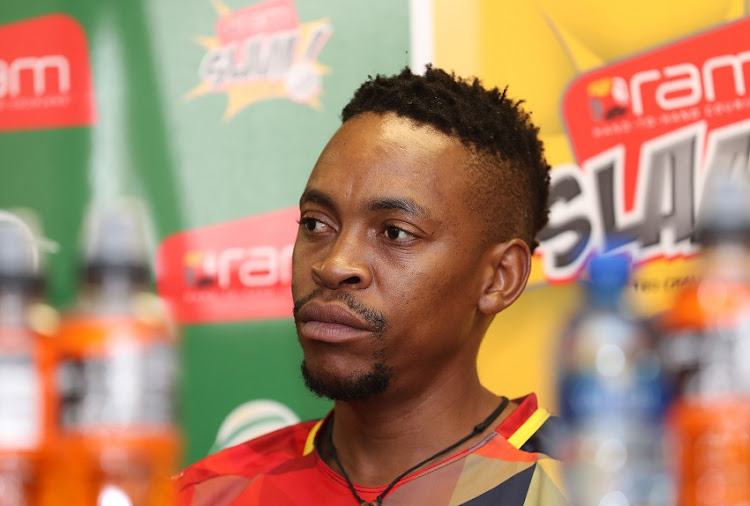 Former Proteas spinner Aaron Phangiso says he experienced racism and discrimination during his formative years at Northens and alleges that he was paid far less than his white teammates as a junior at the Centurion-based union.

Phangiso was giving testimony at Cricket South Africa’s (CSA) transformation hearings‚ which was established to investigate racial discrimination within the organisation and to recommend remedial action.

He started his testimony under oath and put the spotlight on his early cricket days.

He lived in a shack with his parents in the Pretoria north township of Soshanguve‚ where his parents had relocated to from nearby Ga-Rankuwa.

In Soshanguve‚ Phangiso got to mingle with some of the Proteas players for a day‚ including Makhaya Ntini‚ during an opening of a cricket stadium were the national team was invited.

“All the famous names were there and that was the first time that I actually attended something to do with cricket and immediately I felt in love with the game after seeing the likes of Ntini‚” said Phangiso‚ a talented slow left arm orthodox spinner who is now 37.

Phangiso was hooked and started playing cricket at school. At 11 Phangiso said the coaches could see that he was a level above his peers. He was selected for the Northens provincial Under-13 week.

After the Under-13 week‚ Northens were so impressed they offered Phangiso a scholarship at the Christiansen Boys College.

“With that opportunity a whole lot of doors opened for me and through the scholarship I started going through the ranks and played in the Under-15 B side. I then played Under-17s for Northerns.”

Phangiso worked hard and made the South Africa Under-17 team. It was there where he met players who wpould go on to become Proteas legends.

“I played with the likes of Faf du Plessis‚ who was my captain‚ and AB de Villiers and a lot of other names. After the SA Under-17 the next year I got selected for the Northerns and Under-19 team that played in the Khaya Majoka Week and the SA Under-19 side.

“I remember in our Northerns team the guys that were selected in the SA Under-19 team with me‚ Faf‚ AB‚ a fella by the name of Heinrich Le Roux and Frans Nkuna‚ who was a very good bowler.”

During this time‚ Phangiso said he never experienced any racism and discrimination while growing up at the Northens.

It was when he reached the Under-19 level‚ where players start to be noticed and offered professional contracts‚ that discrimination reared its ugly head.

“When we got back from the SA Under-19 team we were offered junior contracts. I remember my father was called in and he was told that ‘look we are interested in your boy and want to keep him in our setup’.”

Phangiso said they were offered R1‚200 per month.

“My dad was just happy to see me involved in such a good franchise and a good setup that [would possibly] set me up for my future.

“I was happy and I was in a good setup. The Northens is one of the best franchises in SA.”

“Later I only found out that the players that were selected in the same SA Under-19 team were getting more than myself and Frans Nkuna.

Phangiso said he was young and did not know who to turn to for help.

“I just let it go and enjoyed my cricket‚ but obviously it just got more frustrating.”

Phangiso relived a painful experience that reduced him to tears during a provincial three-day game against Griquas where he did not bowl a single ball.

Phangiso said his spirit was not broken but he kept working hard in training and during the few opportunities that came far and in between.

He thought his cricket Gods were starting to smile at him when he received sporadic call-ups to the Northens flagship team‚ the Titans‚ and became captain of the amateur side.

Phangiso thought he had earned the trust of everyone but was given a rude awakening when then Titans lead spinner Paul Harris got a call-up to the Proteas.

As the next best spinner in line‚ Phangiso thought Harris’ absence would open the door for him to become a regular and fill the vacancy.

“The same things kept on happening until I left.”