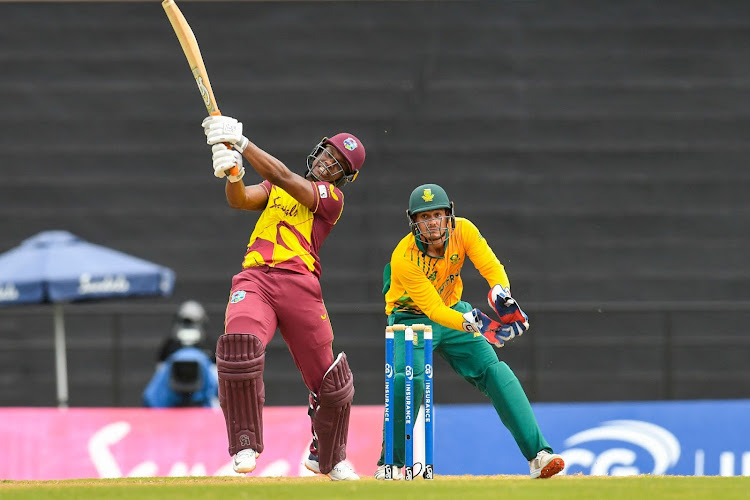 Opener Evin Lewis smashed 71 from 35 balls as West Indies cruised to an eight wicket victory over South Africa with 30 balls to spare in the first Twenty20 International at the National Cricket Stadium in St George's, Grenada on Saturday.

After being sent into bat, South Africa managed a below-par 160 for six in their 20 overs on a good batting wicket, and the home side reached their target with ease to go 1-0 up in the five-match series.

Lewis smashed seven sixes in a thrilling display of power hitting before he was caught by David Miller at long off from the bowling of leg-spinner Tabraiz Shamsi (1-27).

Chris Gayle (32 not out from 24 balls), batting at No. 3, steered the home team to the win, and with the second match to be played at the same venue on Sunday, the tourists will have to quickly come up with vastly improved bowling plans.

South Africa’s innings was anchored by an unbeaten half-century from Rassie van der Dussen, who amassed 56 from 38 balls to give them something to defend.

The only other score of significance came from opener Quinton de Kock (37 from 24 balls).

Left-arm spinner Fabian Allen stifled the visitors' scoring as he took 2-18 in his four overs to halt their momentum after a fast start.