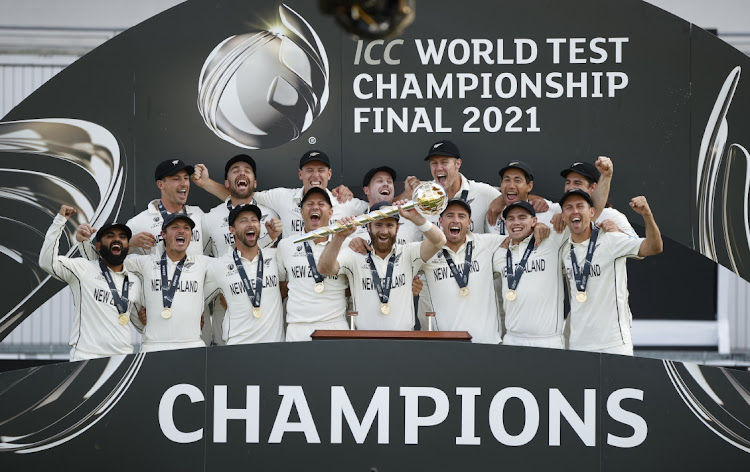 Southampton - The World Test Championship (WTC) is a great way to inject excitement into cricket's longest format but the final should be a best-of-three affair, said India captain Virat Kohli after his side lost to New Zealand in a rain-hit one off title decider.

"It's great for the game," Kohli said of the inaugural WTC, which was launched in 2019 by the governing International Cricket Council (ICC) to create a pinnacle event for the format.

"Test cricket is probably the heartbeat of international cricket. I think this format will definitely help test cricket be exciting.

"It's a great move by ICC and puts that much on the line for every test match and it's going to get more and more exciting from here."

The only aspect of the WTC he did not like was that the winners were determined via a one-off final.

"I'm not in absolute agreement of deciding the best test side in the world over the course of one game, to be very honest," said Kohli, who is waiting for his first ICC trophy as India captain.

"If it is a Test series, it has to be a test of character over three Tests. It can't just be pressure applied over two days of good cricket and then you suddenly are not a good Test side anymore."

India coach Ravi Shastri said earlier this month that a best-of-three final would make for more drama and give teams room to stage a comeback, but ICC acting CEO Geoff Allardice poured cold water on the idea due to the difficulty in fitting it into an already crowded calendar.

"The one-off factor does bring a unique dynamic, which does make it exciting and all these sorts of things, and on any given day anything can happen," Williamson said.

New Zealand's Prime Minister Jacinda Ardern and its greatest cricketer Richard Hadlee led the tributes on Thursday after the Black Caps claimed the ...
Sport
11 months ago

Keshav Maharaj became only the second South African to take a test hat-trick as he ripped through the West Indies middle order with five wickets to ...
Sport
11 months ago

Lawson Naidoo was elected as the new Cricket South Africa (CSA) majority independent board chairperson on Tuesday.
Sport
11 months ago
Next Article