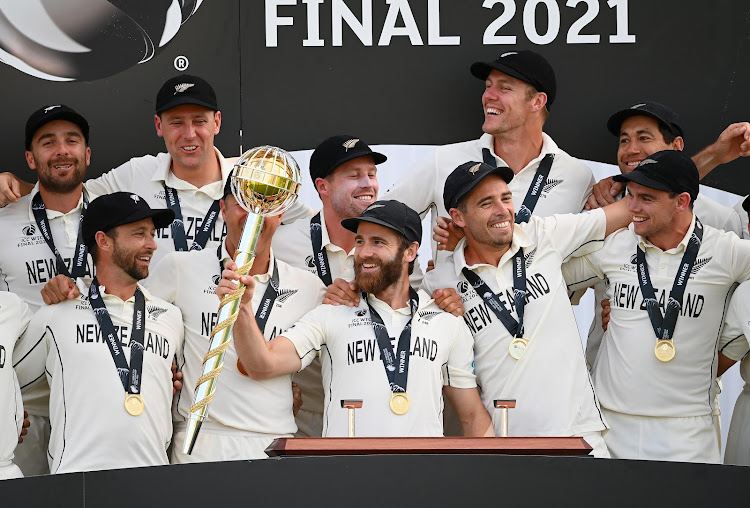 "The Black Caps have made New Zealand proud. This was a masterful performance from a team at the top of their game and on top of the world," Ardern said in a statement.

"Kane Williamson and the team leadership have built a brilliant and humble squad who have become an inspiration to many New Zealanders.

"Over a number of years now we have seen the development of a team and team culture that has taken New Zealand cricket to world beating heights."

New Zealand have been to the semi-final of the 50-over World Cup eight times and lost the last two finals, in heartbreaking fashion to England on the boundary countback rule after the 2019 decider was tied.

Throughout those setbacks, New Zealand have continued to play in a spirit sometimes derided as "nice guy" cricket.

More importantly, they have won all but one match, a draw, in four test series since a 3-0 drubbing in Australia around the turn of 2020.

Hadlee, one of the greatest fast bowlers in the history of the game, said the New Zealand test team "thoroughly deserved" the title on the back of their recent form.

"Over the past two years, the Black Caps performances in the test arena have been outstanding with test match and series wins at home and abroad," the 69-year-old said in a statement.

"The whole team has shown a high degree of professionalism. Their skill sets have complemented each other to make them a complete playing unit.

"It's fair to say that this current group of players is the best in our history."