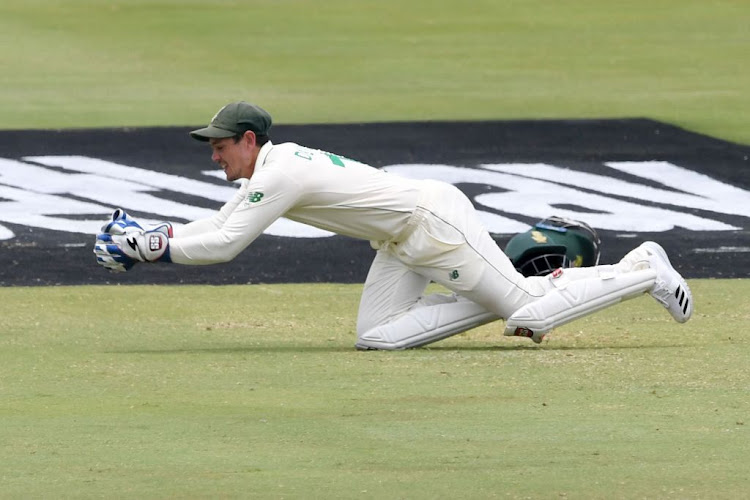 SA’s Quinton de Kock fell four runs short of successive centuries but the tourists took charge of the second and final Test against West Indies by the close of the second day’s play in Saint Lucia on Saturday.

De Kock chased a wide delivery from seamer Kyle Mayers (3-28) and was caught at gully for 96, having scored an unbeaten 141 in the first Test, as SA were bowled out for 298 in their first innings.

West Indies battled in their reply and were dismissed for 149 on the close of play as innings top-scorer Jermaine Blackwood (49) perished going in search of his half-century, leaving the hosts trailing by 149 runs.

The SA bowlers shared the wickets with seamers Wiaan Mulder (3-1), Kagiso Rabada (2-24) and Lungi Ngidi (2-27) all making use of the helpful track, while left-arm spinner Keshav Maharaj (2-47) also pitched in, including the scalp of Blackwood who skied a delivery to Dean Elgar at mid-off.

West Indies were bowled out for 97 and 162 in the first Test and those frailties were evident again as they battled with the quality of the SA seam quartet on a wicket that is providing assistance to the bowlers.

Their innings got off to the worst possible start when captain Kraigg Brathwaite was caught first ball down the legside by wicketkeeper De Kock off Rabada, and only Shai Hope (43) and Blackwood showed any sort of application at the crease after that.

SA won the first Test at the same venue by an innings and 63 runs and are aiming for a first away series win in four years.

Captain Dean Elgar is eyeing a clean sweep of the series against the West Indies in St Lucia and wants a massive win in the opening Test to be a ...
Sport
5 months ago

Dean Elgar said he was pleased with the Proteas' performance all-round after winning his first match as Test captain as the South Africans thrashed ...
Sport
5 months ago
Next Article