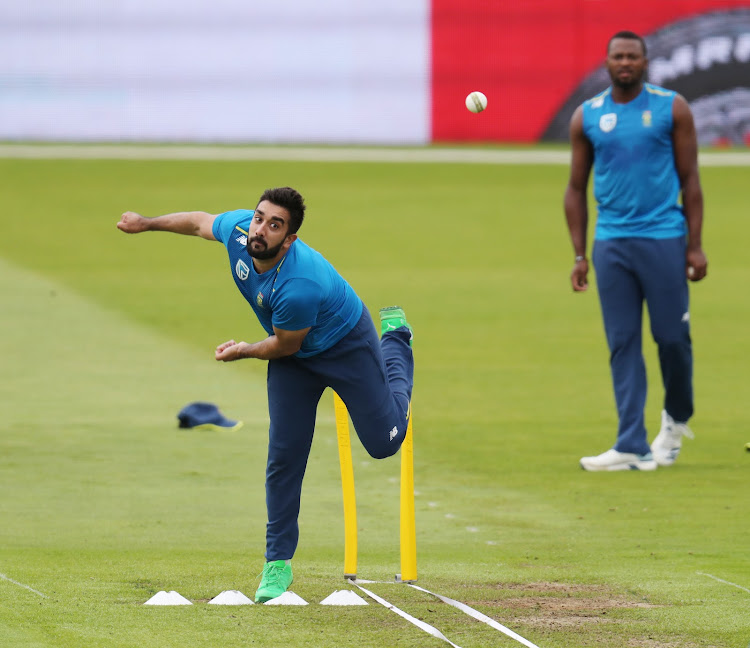 Proteas spinner Tabraiz Shamsi wants to use the coming two-match Test series against the West Indies in Saint Lucia this month to finalise the unfinished business he has with red ball cricket.

The 31-year-old‚ who has established himself in the limited overs sides and is the number one ranked T20 bowler in the world at the moment‚ has only played two Tests against Australia and Sri Lanka between 2016 and 2018.

He is determined to change this statistic.

Shamsi is part of the strong Proteas spin department that is led by Keshav Maharaj in the Caribbean‚ and it includes George Linde and the uncapped Prenelan Subrayen.

“With regards to the Test team‚ I feel I have unfinished business there‚” said Shamsi‚ who was this week named as Cricket SA's T20 International Cricketer of the Year.

“I just have to wait for my turn and if given the opportunity‚ I am going to give it my all. Obviously I have not played that many matches in international red ball cricket‚ but that doesn’t mean I wouldn’t like to play more.

“Maybe there is a surprise in store and if I do get a go‚ I will try to win the match for our country. That’s the only thing I think about when I am playing‚ so hopefully I can put in a few good performances and help the team win some games.”

The Proteas are also scheduled to play five T20s against the West Indies at the National Cricket Stadium at St George’s‚ Grenada between 26 June and 3 July and Shamsi says those matches are important for their preparations for the T20 World Cup later in the year.

“The upcoming T20 tour to the West Indies and Ireland is a great opportunity for us to put our squad together and play regularly in the build up to the World Cup. That is going to be quite nice because we have an extended squad that is traveling.

“It will be nice to play in the West Indies where all of their pitches are slow‚ but I don’t know what we are going to get in Saint Lucia.

"Generally that is one of the quicker wickets in the Caribbean‚ but it is going to be nice because the T20 World Cup is going to be on the sub-continent‚ even though we are not sure exactly where at the moment.

“It is going to be a nice challenge to play on different conditions and find game plans as a unit. It is also an opportunity to fine tune the little things in order to perfect the game plan.

"This whole season we have been playing in South Africa.

"It feels like we have just played against Pakistan alone because we have played so much. But this is a chance to play against a strong West Indies side in their own backyard.”