Tsotsobe's startling revelation: they turned my mom away at the presidential suite 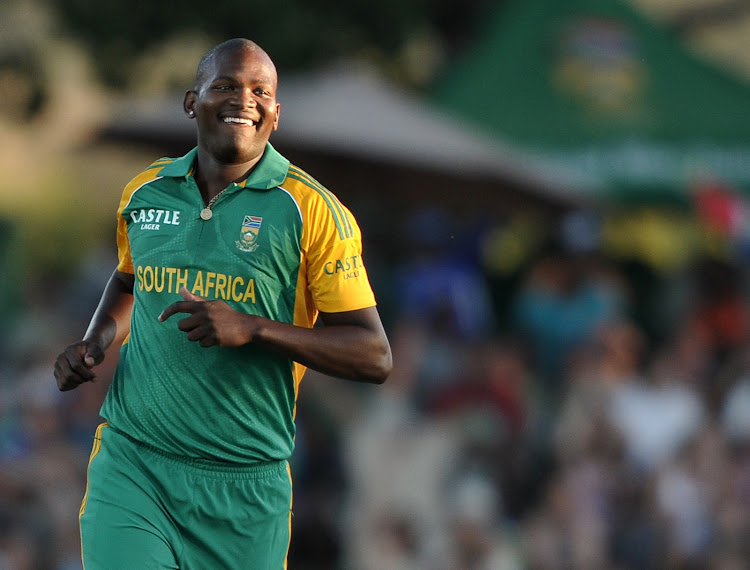 Former Proteas fast bowler Lonwabo Tsotsobe says “racism within CSA and by extension the Proteas is subtle, and yet brutal."
Image: Ryan Wilkisky/BackpagePix

Lonwabo Tsotsobe says his mother was “kicked out of the presidential suite at a stadium” and denied entry into the plush hospitality facility on a day she had travelled to the venue to watch the former Proteas left-arm fast bowler play for the national cricket team.

Tsotsobe, who played five Tests, 61 ODIs and 23 Twenty20 international matches for the Proteas, alleges that the reason given for his mother’s snub was that “the suite was full with white families”.

It was only after he threatened to walk away and not take to the field alongside his Proteas teammates that his mother was finally allowed into the suite.

Tsotsobe has relived this experience and many others he says he was subjected to as a black player during his time in the national team.

These revelations are contained in his submission to the office of the Cricket South Africa (CSA) SJN transformation ombudsman.

The former Protea, one of seven players who were banned five years ago for their alleged involvement in a match-fixing scandal, was scheduled to make his appearance this week.

But the CSA interim board put a spanner in the works late on Sunday with the decision to indefinitely postpone the SJN transformation project on the eve of the start of public hearings, which were scheduled to commence on Monday morning.

In his submission, the now 37-year-old Tsotsobe, who has had his fair share of controversy over the years, also wants his sanction declared “null and avoid”.

He alleges procedural unfairness in the process that led to his sanction.

“As a pre-cursor to the whole match fixing saga it is important to give context to the life of a player of colour in a white dominated sport,” Tsotsobe writes in his submission.

“Being a person of colour in cricket has never been an easy road to navigate. I was exposed to resistance, discrimination and victimisation of inconceivable proportions.

“Even through that adversity and antagonistic environment, I dug deep and produced results during match day, even smiling and hugging the same perpetrators of the evil deeds.

“I will share one or two occurrences that might open your eyes,” writes Tsotsobe, who represented the Proteas between 2009 and 2014.

“When I was initially selected to represent the Proteas on tour, I had to carry the bags of senior players onto the bus.

“At the time I thought it was part of an initiation extended to any new player in the team.

“To my astonishment, later when I became a senior player, none of the newly selected white players were subjected to the so-called initiation practice.

“There was also an occasion when my mother was kicked out of the presidential suite at the stadium and the reason given was that the suite was full with white families.

“However, I did not take this blatant racially motivated act lying down.

"I remonstrated and told them that I will not grace the field and play unless my mother was afforded the same treatment and status just like the white folks.

“After such an argument she was allowed into the suite.”

Tsotsobe did not mention the name of the stadium, the Proteas opponents on the day or the year in which the incident happened.

He was scheduled to make a presentation on Wednesday along with other players and would have provided these details.

The Gqeberha-born former Dolphins, Lions and Warriors star who played English county cricket for Essex also remembered an occasion when, he alleges, he was forced to go under the knife under duress.

“Maybe I should also share among several other incidents, an incident where I was forced to undergo a surgical operation under duress just before the World Cup.

“However, through my determination and resilience, after the operation I became fit and strong to such an extent that I played domestic cricket and in four matches I was the leading wicket-taker with 13 wickets.”

Tsotsobe said he was amazed when he got a call from the selectors at the time who told him that he had not played enough games to be considered for selection.

“To me this was rather strange, as white players get injured and when fit they come straight into the Proteas team, but for players of colour a different criterion was applied.

“It dawns on me now that there may have been malicious intent to eliminate me from the World Cup squad at play at the time.

“The racism within CSA and by extension the Proteas is subtle, and yet brutal. What is projected in the media is a facade and masquerading of unity and transformation.

“These are but some instances where I personally experienced racism and resistance to change.

“It is important for the office of the ombudsman to understand CSA’s systematic and strategic rationale for utilising the match-fixing scandal as prime opportunity to execute the banishment of brilliant players from the system.

“My ultimate desired outcome to these submissions, I seek a statement from CSA wherein they will denounce the disciplinary proceedings against me.”