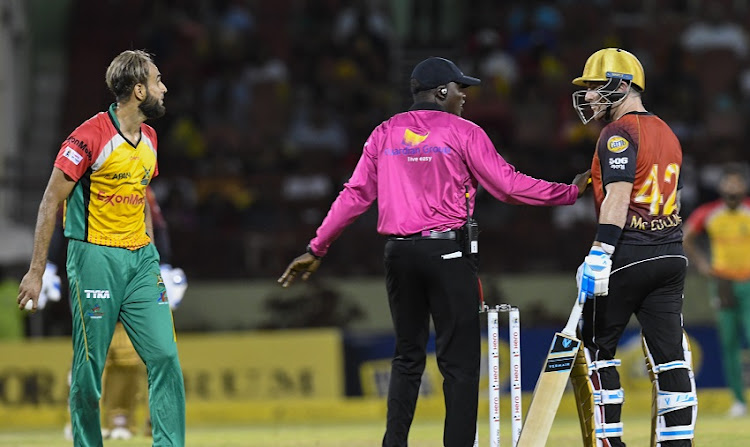 Zimbabwe cricket umpire Langton Rusere has made history by becoming the first black African to stand in a Test match.

The 35-year-old is one of the on-field umpires for the five-day game between Zimbabwe and Pakistan that began on Thursday at Harare Sports Club. Rusere will be standing in this Test with South African umpire Marais Erasmus.

Rusere’s first international match was a Twenty20 international between Zimbabwe and India at Harare Sports Club on July 19‚ 2015.

Zimbabwe Cricket said in a statement Rusere “has not looked back since he stood in his first international match”.

The statement continued: “Three months later‚ he made his one-day international (ODI) bow in the match between Zimbabwe and Afghanistan at Queens Sports Club in Bulawayo‚ on 24 October 2015.”

Rusere went on to officiate at the ICC Under-19 Cricket World Cup 2016 in Bangladesh and the ICC Women’s World Cup 2017 in England.

In February last year‚ he got his first overseas appointment for a bilateral series after he was appointed to officiate in the three-match ODI series between New Zealand and India.