Boucher on why Phehlukwayo did not bowl: 'We bowled really well' 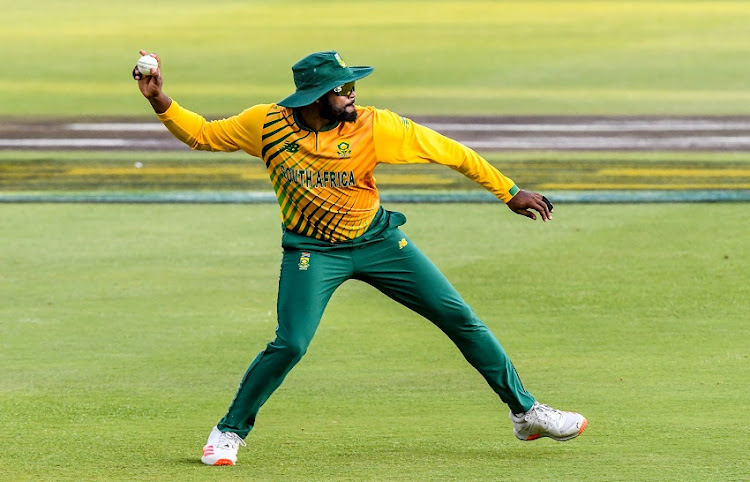 Proteas coach Mark Boucher has explained the bizarre decision by captain Heinrich Klaasen not to give all-rounder Andile Phehlukwayo an opportunity to bowl in the embarrassing nine-wicket loss to Pakistan on Wednesday.

Linde‚ Hendricks and Williams bowled their four overs while Shamsi and Magala only three where they were put to the sword by power-hitting Azam and his opening partner Mohammad Rizwan.

The 25-year-old Phehlukwayo‚ who has played 33 matches and is the most capped T20 player in the current squad‚ has only bowled two overs in the series against Pakistan.

“The previous match where Andile didn’t bowl‚ we bowled really well and we used the guys who were bowling really well‚” explained Boucher.

“And that’s probably the reason why he didn’t bowl – our captain has options. He’s [Klaasen] got to make the call on the night or day on which options he wants go with and that can change from time to time.

“On Wednesday‚ we got ourselves in positions where we were not picking up wickets and we may have decided to go death fairly early. There are certain guys and that is their game‚ a guy like Sisanda [Magala] and Lizaard [Williams] are really good death bowlers.

“Heinrich probably decided to go with those guys at that particular time of the game to try and make it difficult for the Pakistan guys not to score runs‚ but it didn’t come off for us. But the good thing about it is that he does have a few bowling options and he’s the guy who has to make the calls on the day.”

Boucher went on to explain that Phehlukwayo is not picked as a batter but as an all-rounder.

“He is not playing as a batter‚ he is playing as an all-rounder. I said‚ especially after the England series in Cape Town‚ that we can’t go into a T20 game with five bowling options.

“Unfortunately‚ it doesn’t work for certain guys on certain nights because you find it difficult and you need back-up. So‚ having all-rounders as an option is always nice in the side and at the moment we have seven bowling options‚ which is nice.”

Boucher also had to explain the continued absence of Kyle Verreynne in the series.

“With regards to Kyle‚ he was selected as back-up wicketkeeper to Heinrich [Klaasen]. If there was an issue with one of our top three Wihan Lubbe was selected to take over those positions.

“The opening batter we replaced with Aiden [Markram] and our No.3‚ who is Rassie van der Dussen‚ got injured and Lubbe came in.

“As selectors we were in Joburg for two long days selecting teams. Wihan [Lubbe] was picked as back-up to that No.3 position and that is the reason he has playing.

“I understand Kyle has had a good ODI in his last game but that’s one day cricket and T20 is different. So‚ that is the reason Lubbe was selected.”