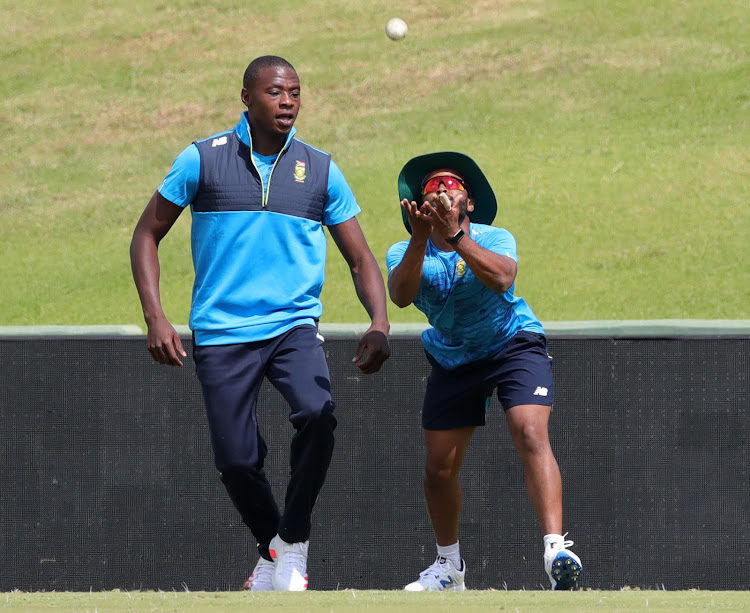 The millions of US dollars dangled in the Indian Premier League (IPL) to lure the best talent has robbed South Africa of key players for five of the seven white-ball matches to be played against Pakistan‚ starting in Centurion on Friday.

This season’s IPL‚ which starts in Chennai on April 9‚ clashes with SA's three ODIs and four T20s against Pakistan to be played at SuperSport Park in Centurion and at the Wanderers in Johannesburg from April 2 to 16.

With the Twenty20 World Cup in India just six months away‚ the Proteas will play the crucial four-match T20 series against Pakistan without their best players.

Quinton de Kock‚ Kagiso Rabada‚ David Miller‚ Lungi Ngidi and Anrich Nortje will only be available for the first two ODIs against Pakistan.

They are expected to ditch their national team in the middle of a crucial series and jet out of the country after the second ODI at the Wanderers on Sunday for the riches of the IPL.

On the other hand‚ Pakistan will have all their best players available as they do not take part in the IPL.

Newly appointed Proteas limited-overs captain Temba Bavuma has said the unavailability of these key players will not affect the team’s potency.

“I think it is probably not as disturbing‚ to be honest with you‚ because we were all aware of the arrangement that was in place‚” said Bavuma at his maiden captain’s press conference.

“For the first two games we have got the liberty of all our best players and it is important that we get the positive results in those two [ODI] games.

“And that is not to say that we are conceding result in the third [ODI] game.

“We believe that we have got worthy enough replacements of guys coming and filling in those boots.

"We respect the relationship that is there between Cricket South Africa and the BCCI.”

Bavuma will lead the team out for the first time as captain when the three-match ODI series starts on Friday at 10am.

“I am obviously excited to lead the team‚ and I think it goes without saying that it is a massive honour and privilege‚ and responsibility to do this job‚ and as I have previously said‚ I hope I can contribute and add value to the team.”

The seven-match series is in a bio-secure environment and in adherence with the Covid-19 regulations.

Bavuma believes playing on the Highveld this time of the year will assist the seam bowlers but added that he expects the pitches to be favourable for batsmen as well.

“It is an interesting time to play cricket. Myself I have not played a lot of domestic cricket in South Africa during this time of the year.

“I think my only experience was when we played the CSA T20 competition in 2018‚” said Bavuma.

“The Highveld conditions seem to suit the seam bowling a bit with the ball swinging a bit more than normal‚ but in saying that the wicket still becomes favourable for batting.

“So I guess the challenge will be a bit more with the seam‚ but I still think there will be something in for the batters.”