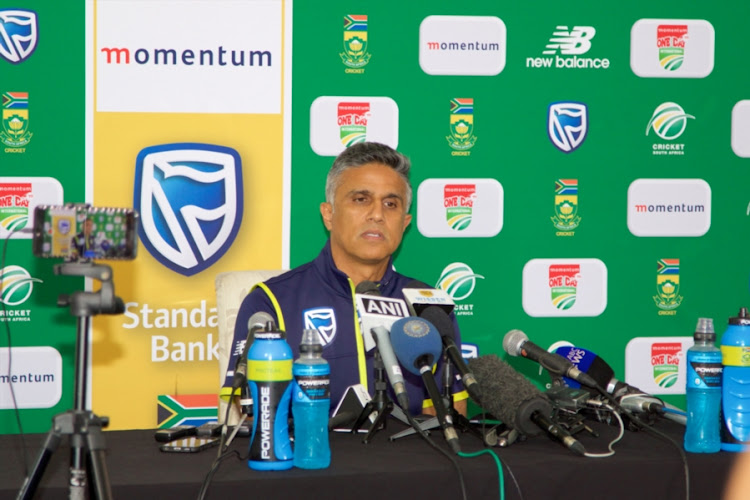 Former Cricket South Africa team manager and doctor Dr Mohammed Moosajee is in line to be voted onto the Gauteng cricket board an a non-independent director.
Image: Richard Huggard/Gallo Images

Dr Mohammed Moosajee is in line to be voted in as one of the new directors on the board of the Central Gauteng Lions (CGL) at an elective meeting on Wednesday evening.

TimesLIVE understands that the former Cricket South Africa (CSA) team manager‚ who is also a top Kaizer Chiefs medic‚ has emerged as one of the six candidates who have accepted nominations to serve as non-independent directors on the CGL board.

The six directors resigned from the CGL board in the last previous five months without any announcements being made. CGL has since appointed an alternate director with a financial background to reduce the number of vacancies to five‚ and the appointment is expected to be ratified at the elective meeting.

The directors who resigned came into office in May last year, while and four of the six resignations came in January.The new domestic playing structure will also be discusseda discussion matter when the Central Gauteng Lions (CGL) members council convenes in the Long Room at the Wanderers Stadium for the vote.

The voting will be conducted by a secret ballot.Retired Judge Ngoepe’s report recommended that the composition of the CGL board should be weighted in favour of black Africans to level the playing fields with regards to transformation.

The CGL clubs voted in favour of one club teams having equal voting rights but rejected Judge Ngoepe's recommendations‚ which called for the majority to be black Africans on the board.