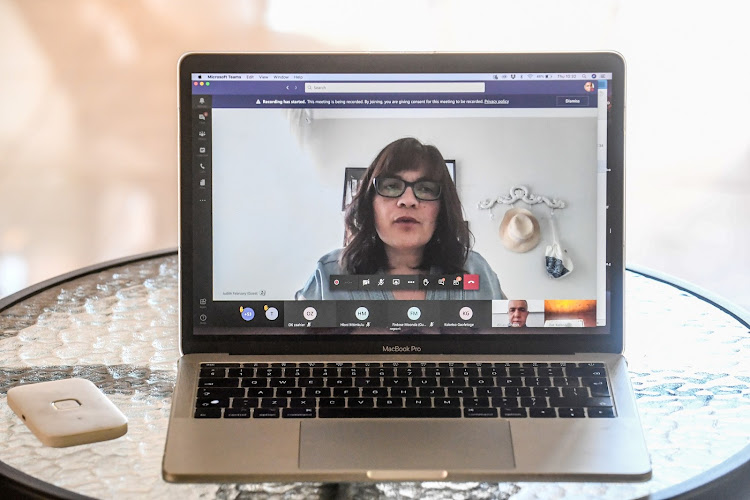 The spokesperson of the Cricket South Africa interim board Judith February during a virtual media briefing.
Image: Sydney Seshibedi/Gallo Images

Cricket SA (CSA) will this week sift through hundreds of CVs after the organisation invited applications for candidates to serve as independent non-executive directors.

The successful candidates will be officially incorporated as board of directors at an AGM set for mid April to serve an initial three-year period after which they will be eligible to be reappointed for a second and final term.

The closing date for all applications is Friday February 26.

The CSA board of directors comprises 12 members — seven non-independent directors who are elected from the ranks of provincial presidents and five appointed on the basis of their various fields of expertise in the corporate world.

However‚ it remains to be seen just how many independent directors will be appointed given that the interim board last month advocated for more independence‚ meaning the number of independents should be greater than that of non-independents.

A spokesperson for the CSA interim board declined to say how many independent directors will be appointed.

“Discussions between the interim board and all stakeholders are ongoing‚” the spokesperson said.

“CSA will issue a statement as soon as all consultations regarding the MOI have been concluded.”

CSA currently has two centres of power but that could soon be a thing of the past if the interim board has its way.

The two seats of power are: the board‚ which is in charge of daily operations‚ formulation of policies and strategies; and the members' council‚ the organisation’s highest decision-making body that is made up of presidents of the provincial unions that ratify all major decisions taken by the board.

The power structure has been in place since 2013.

The interim board is of the view that the two centres of power need to be dismantled‚ with the board made the seat of authority.

One of the key recommendations from the 2012 Nicholson report was the amendment of the composition of the board to include more independent directors to ensure independence and objectivity on matters relating to affiliate unions.

Currently‚ as per CSA constitution [MOI]‚ the power structure has inherent conflicts of interest as seven of the members of the council also sit on the board of directors.

The amendments will essentially strip the CSA shareholders‚ who are the bosses of the provincial boards‚ of most of their powers. TimesLIVE has established that the move to make the CSA board more independent-heavy is expected to hit a few snags.

Sascoc‚ the mother body of all federations‚ previously balked at the Nicholson recommendation for a independent-heavy board‚ insisting that cricket needs to be administered in the main by cricket people.

Asked if Sascoc have agreed to the CSA constitution amendments‚ an interim board spokesperson said: “The interim board is calling for nominations ahead of having finalised the MOI in order to run certain processes in parallel so as to save time.

“However‚ the interim board is clear about its mandate to implement the Nicholson recommendations which call for a majority independent board.”

Sascoc has asked for the proposed draft CSA MOI amendments before taking a position but an insider has told TimesLIVE that “Sascoc is still of the view that the CSA board needs to have majority cricket people on it”.

Sascoc president Barry Hendricks could not be reached on his mobile phone.