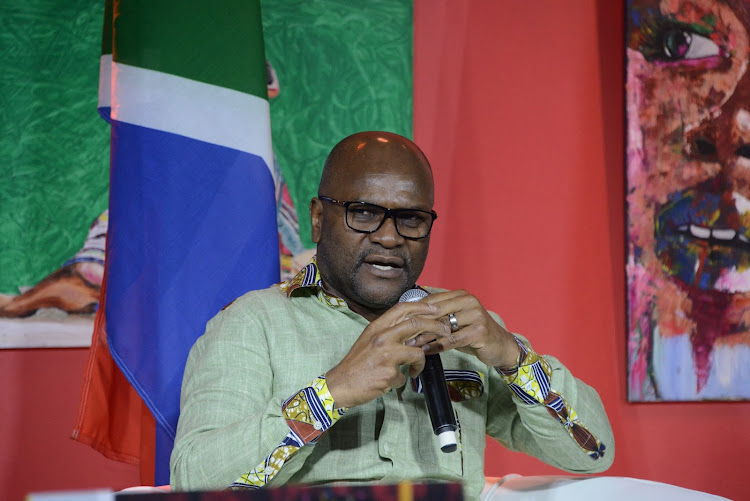 THE MIND BOGGLES Sports, arts and culture minister Nathi Mthethwa released a media statement on February 15 announcing the extension of the tenure of the Cricket South Africa interim board.
Image: Nathi Mthethwa

Sports minister Nathi Mthethwa has granted a request from the Cricket SA (CSA) interim board to have its tenure extended by a further two months.

Mthethwa imposed the interim board on CSA on October 30 last year and appointed it for three months to restore stakeholder and public confidence in the organisation.

Monday February 15 officially marked the end of the board’s tenure. Mthethwa said he met the CSA interim board on Monday to take stock of progress made towards the completion of their mandate.

Mthethwa said‚ having consulted the CSA members council‚ he was persuaded that the extension was the best decision for cricket.

The minister said one of the mitigating factors for the extension was to allow the interim board to finalise ongoing disciplinary proceedings against suspended senior executives.

Kugandrie Govender was suspended as acting CEO in December along with company secretary Welsh Gwaza over allegations of misconduct.

Kugandrie Govender reported for duty on Monday after the CCMA lifted her suspension as Cricket South Africa's (CSA) acting CEO‚ but her return to ...
Sport
1 year ago

Proceedings for both Govender and Gwaza are ongoing.

“The interim board‚ reporting to the members council‚ was tasked to expeditiously deal with current governance systems‚ structures and procedures‚ including a proper consideration of the Nicholson recommendations; consider the Fundudzi report‚ its implications and consequences for CSA; and to take any actions recommended in the report itself or actions that the interim board deems appropriate; review all board decisions taken since 2019 and to report on those decisions that require the attention of the members council and to generally do whatever is necessary and appropriate to restore the integrity and reputation of CSA‚” said Mthethwa.

“In announcing the interim board on October 30 2020‚ I further indicated that it is expected to be in place for an initial period of up to three months‚ which may be extended based on progress achieved.”

Mthethwa said the CSA interim board will this week “conduct an in-depth press briefing to outline all the aspects that have been mandated‚ as part of the road map leading to the AGM”.

The CSA AGM‚ originally scheduled for September 5 last year but postponed indefinitely after the previous board lead by president Chris Nenzani and his deputy Beresford Williams resigned en masse‚ has been provisionally set for April 15.

The CSA constitution stipulates that an AGM must be held not more than 15 months after the previous one. CSA last held an AGM in September 2019.

The April 15 date provisionally set for the AGM falls well outside what the CSA constitution provides for. CSA acting president and chairman of the members council Rihan Richards admitted that 15 months have passed since the last AGM.

“But what we have done is that CSA has applied to the Companies Tribunal to grant us an extension to hold the AGM. It is a thing that is done by the operational team‚” said Richards.

The body has the authority to grant companies and organisations extension periods to hold AGMs in the country has been inundated with applications since the pandemic started.

Retired Justice Zak Yacoob has been asked by the Cricket South Africa (CSA) members council to provide reasons why he should not be suspended as the ...
Sport
1 year ago

Sports minister Nathi Mthethwa has told the Cricket South Africa interim board that its chairperson justice Zak Yacoob must go.
Sport
1 year ago

An executive support officer has been appointed to serve as a link between the embattled Cricket South Africa (CSA) interim board and the management ...
Sport
1 year ago
Next Article