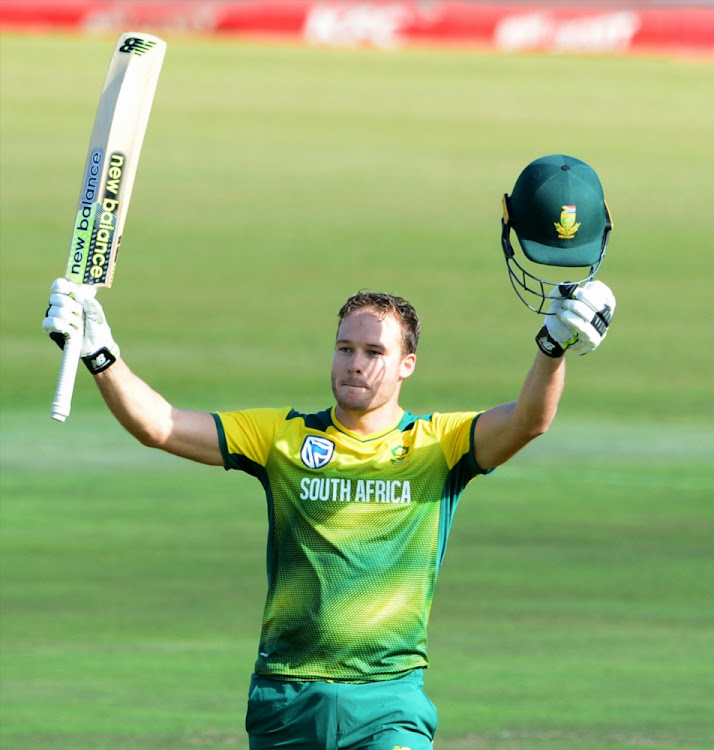 David Miller of the Proteas has a wealth of experience in the T20 setup.
Image: Lee Warren/Gallo Images

Limited overs batsmen David Miller will be cast in a leadership role when the South Africans face Pakistan in a three-match T20 series and he is embracing the huge responsibility on his shoulders.

The series begins at the Gaddafi Stadium in Lahore on Thursday and Miller‚ along with stand-in captain Heinrich Klaasen‚ Reeza Hendricks‚ Jon-Jon Smuts‚ Andile Phehlukwayo and Tabraiz Shamsi‚ are part of the leadership group that will guide the largely inexperienced Proteas against their full-strength hosts.

Miller is the only player in the T20 squad to have played cricket in Pakistan and he said on Wednesday he would draw from the vast experience of playing at this level.

“Leadership comes when you have a little bit of experience and having played many games for your country‚” he said.

“It also comes with being secure in your role and knowing what you want to do‚ which brings calmness and clarity towards the squad and certain players who haven’t necessarily been on the international circuit‚ and give them reassurance in their role.

“I just want to help out youngsters wherever I can off the field and also on the field as we all know that cricket is all about performances. You need to stick up your hand when the team requires you. We all need to perform but it does help a lot when senior players perform because it sort of takes the team into a completely different path.”

Miller urged his team-mates to adjust their game plans when needed as the conditions are going to be different from what they are used in SA‚ where there is generally pace and bounce.

“I have played in Pakistan but it was a very brief time in my career‚"he said.

"I think we played three games against Pakistan with the World XI in 2017. Being in Pakistan this week‚ we have quickly realised what the conditions are going to be having watched the Test matches and what’s taken place there.

“Generally the bounce is a lot lower‚ unlike back home in SA. But the guys have travelled around the world enough to be able to adapt. They have played on different conditions in SA and where there might be particular venues that are pretty low.

"In terms of preparations‚ we are really in a good space and we will have to assess as we go along and react very quickly during the game on Thursday‚ and according to what the wicket gives us. So far in the nets and where we have been practicing on the side strips‚ the bounce has not been too high.”

Pakistan have named their strongest possible squad to be led by inspirational captain Babar Azam‚ but Miller said they intend to compete.

“There have been a lot of chats about [how we are] a young side and an inexperienced team. But I think it creates a lot of opportunities for guys to step up with this being a World Cup year. It would be great to play guys that we are accustomed to‚ but at the same time it gives an opportunity for the guys to step up.

"I think the guys are looking forward to it.

"We have prepped extremely well this week since we have been here‚ and as a senior player in this team‚ we would really like to step in a lot of areas both on and off the field.

“We know that we are up against a strong Pakistan team.

"We do respect that but I generally believe that when you have prepped well and have a good team‚ you can still lose. We need to be mentally up for the game and we must be switched on for the games and stick to our processes. If we do that ‚ then I do not see why we cannot compete.”