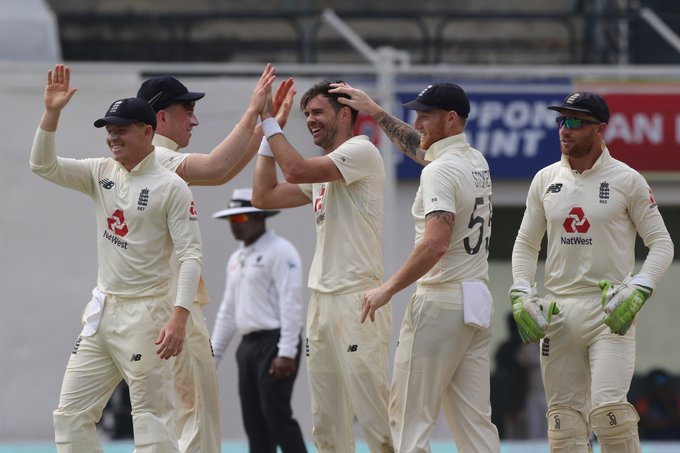 England veteran bowler James Anderson was devastating as he got the ball to reverse swing in Chennai.
Image: International Cricket Council/Twitter

England crushed India by 227 runs in the opening test at Chennai's MA Chidambaram Stadium on Tuesday to go 1-0 up in the four-match series.

The hosts, set a daunting 420-run victory target, were bowled out for 192 in the second session of the final day, captain Virat Kohli topscoring with a fighting 72.

This was England's sixth successive victory in an away test, including triumphs in South Africa and Sri Lanka.

Chennai also hosts the second test, which starts on Saturday.