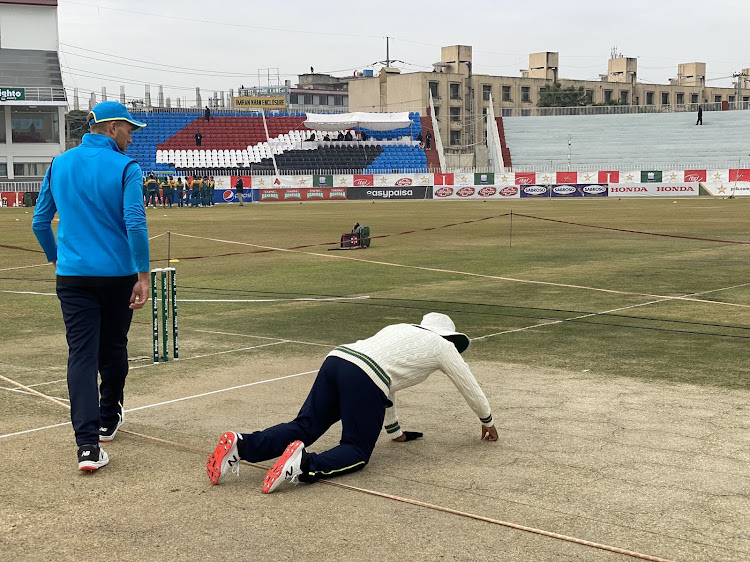 Players inspecting the pitch at the Pindi Cricket Stadium before the second and final test.
Image: Cricket South Africa/Twitter

Pakistan captain Babar Azam won the toss and opted to bat in the second and final test against South Africa in Rawalpindi on Thursday.

The home side are unchanged from the seven-wicket first test win in Karachi, with talk in the build-up from coach Misbah-ul-Haq of potentially playing an extra seamer coming to nothing.

They have also resisted the idea of moving batsman Azhar Ali back to the opening position and he will slot in at number three.

"We got lots of confidence from the first test but we're not going to let up and will push for 2-0," captain Babar said

South Africa have made one change to their side, with all-rounder Wiaan Mulder bolstering the batting in the place of seamer Lungi Ngidi.

George Linde keeps his place in the side as the second specialist spinning option after Keshav Maharaj, with leg-spinner Tabraiz Shamsi not sufficiently recovered from a back problem to be included.