Rabada on the security availed to SA in Pakistan: 'I feel safe and I feel like I can just focus on the cricket' 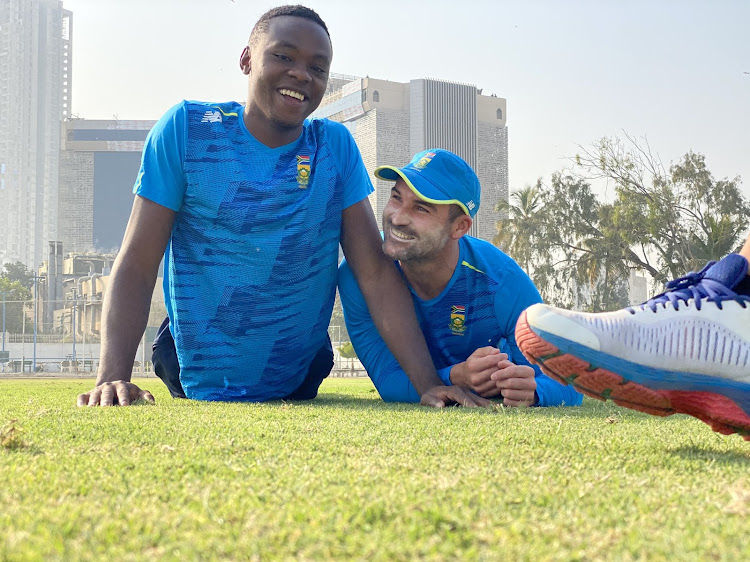 South African premier fast bowler Kagiso “KG” Rabada has voiced his satisfaction with the security arrangements that have been availed to the team in Pakistan.

A heavy security presence greeted the Proteas‚ who are in Pakistan for the first time in 14 years‚ when they arrived in Karachi on Saturday to start preparations for the first of two Test matches against the home side.

The two sides play the first Test in Karachi from January 26 and the second Test in Rawalpindi from February 4.

“I have a lot of faith in the security and the way it has been implemented. I feel safe and I feel like I can just focus on the cricket‚” Rabada who is going to lead the South African pace attack with Lungi Ngidi and Anrich Nortje.

“I think Pakistan Cricket Board (PCB) have done a great job in ensuring that we are safe and hats off to them.

“The guys are really excited to be here.

"I have been to basically all the countries where they play international cricket and this is the only country I haven’t been to until now.

"There are some greats of the game who have come from these parts and it’s just nice to be at an area where some of them come from‚ and to play against their team in their own conditions.”

The Proteas have been training hard and also assessing the conditions since their arrival in Karachi at the weekend.

“The practice square that we have been playing on‚ it has been keeping low and there is not much lateral movement‚ especially when the ball gets older.

"We suspect that reverse swing is going to play a role and the batters have to adjust to the ball not bouncing as much as it does in SA.

“If the ball is not bouncing‚ it means that it is going to stay low and our batters will have to adjust to that.

"For us as the bowlers it means we are going to have to bowl straighter lines and that is cricket 101.

"We are not sure about how the venue of the match is going to play like‚ but we have an idea. We’ll just have to see what is offered to us when we get to the stadium.”

Rabada said he expects Pakistan to come out fighting in their own backyard.

“I am expecting Pakistan to come out fighting. That is one thing that they do because they’ve got some good players and it’s not going to be easy at all.

"I know they are going to fight because they have good bowlers and good batters. This is going to be a Test match where we are going to have to earn our rights to win the series. I’d love to go back home with the series trophy in the bag.”