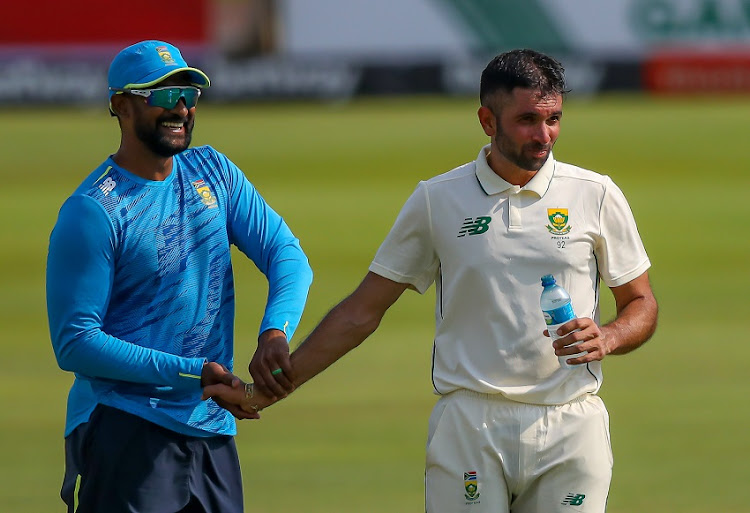 Proteas fast bowler Lungi Ngidi believes that spinner Keshav Maharaj will play a vital role for the South Africans on the expected slow and at times turning pitches in Pakistan.

The visitors face Pakistan in the eagerly anticipated two-Test match series in Karachi and Rawalpindi where Maharaj will lead South Africa’s spin attack starting on January 26.

Maharaj will be assisted by seamers Kagiso Rabada‚ Ngidi and Anrich Nortje with ball in hand as they look for a second Test series win in succession following victory over Sri Lanka in Pretoria and Johannesburg.

“He is our best spinner and you have seen what he has done for us on the subcontinent in the past‚” said Ngidi about Maharaj.

“Having him is definitely going to take a lot of pressure off us the seamers. We also have others like Tabraiz Shamsi and George Linde who have all done outstanding work on the domestic scene recently and maybe we might see them get a run in Pakistan.”

Ngidi said the fast bowlers must acclimatise quickly to the conditions because the margin for error on the sub-continent is very small.

“Your room for error is smaller because wickets are slower and they don’t bounce that much. So if you get it half wrong‚ you are going to be punished because we know that in international cricket even a good ball can go for four and a bad ball is definitely going for four.

Ngidi continued that he enjoys working with Quinton de Kock who took over from Faf du Plessis as stand-in captain.

“Quinny is not as vocal and speaks only when he needs to‚ and that is one thing that I identify with him. If you are a captain of your country‚ your words always mean something to everyone and it is a good thing that he speaks from the heart‚" he said.

"I really enjoy that as a player because you can relate with him. The difference between him and Faf (Du Plessis) is that information you get from Faf is based on many years of experience but with Quinny he mostly goes with his gut feel.”

Ngidi‚ who has taken 22 wickets in seven Test matches since he made his debut against India in 2018 in Centurion‚ added that he is more confidence now and wants to play more Tests for SA.

“I am a lot more confident these days. I don’t think a lot of people know but the Sri Lanka Test that we have just played was over a year since we played any kind of four day format‚" he said.

"It was after a long time and obviously there were a lot of nerves there. Leading the attack with Anrich was a bit nerve-wracking for me‚ but I am happy to be back in the Test squad because it is something that I always wanted.

“Maybe at a certain stage people started seeing me as a white ball cricketer but I have evolved some of my red ball skills to give me the extra edge.

"Confidence just keeps on growing‚ so I guess the more I play the more confident I get because I want to play more Test matches for SA. The plan is just to stay on the field and contribute as much as I can.”