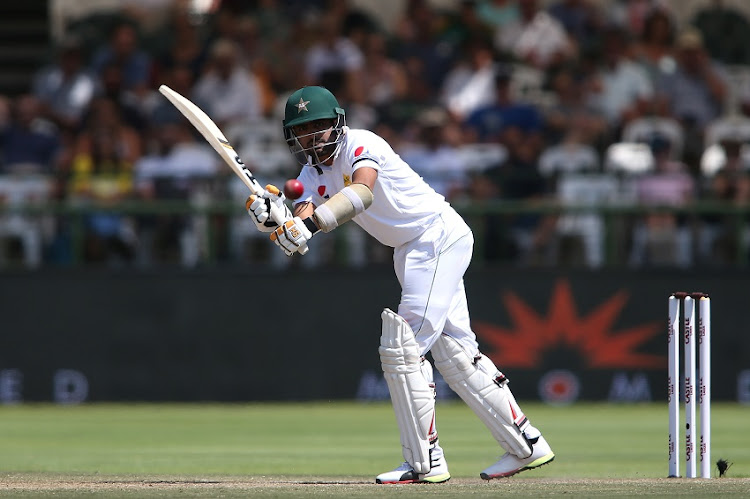 Babar Azam of Pakistan plays a delivery through the leg side during day 3 of the 2nd Castle Lager Test match between South Africa and Pakistan at PPC Newlands on January 05, 2019 in Cape Town, South Africa.
Image: Shaun Roy/Gallo Images/Getty Images

Pakistan named nine uncapped players on Friday in a major overhaul of their test squad before a two-test home series against South Africa following a 2-0 defeat in New Zealand.

Batsmen Haris Sohail and Shan Masood, paceman Mohammad Abbas and left-arm spinner Zafar Gohar, who all played in the series in New Zealand that ended this month, have been left out of the 20-man squad for the series starting in Karachi on Jan. 26.

Pace bowlers Haris Rauf and Tabish Khan, and openers Abdullah Shafique and Imran Butt are among the uncapped players rewarded for strong performances in domestic cricket.

Medium-fast bowler Hasan Ali and left-arm spinner Mohammad Nawaz are recalled to the test squad for what will be South Africa’s first tour of Pakistan in 13 years.

“Haris Sohail, Mohammad Abbas and Shan Masood have been dropped due to inconsistent performances,” chief selector Mohammad Wasim said after naming the squad.

The trio, as well as Gohar, would work on their technique and form at Pakistan Cricket Board’s high performance centre in Lahore.

Fast bowler Naseem Shah, who played in New Zealand, was not considered for the series against South Africa because of a hamstring problem.

Skipper Babar Azam, who missed both the tests in New Zealand with a fractured thumb, is set to lead the side in the matches in Karachi and Rawalpindi.

The players will enter their bio-secure bubble on Tuesday and the squad will be trimmed to 16 players before the opening test.