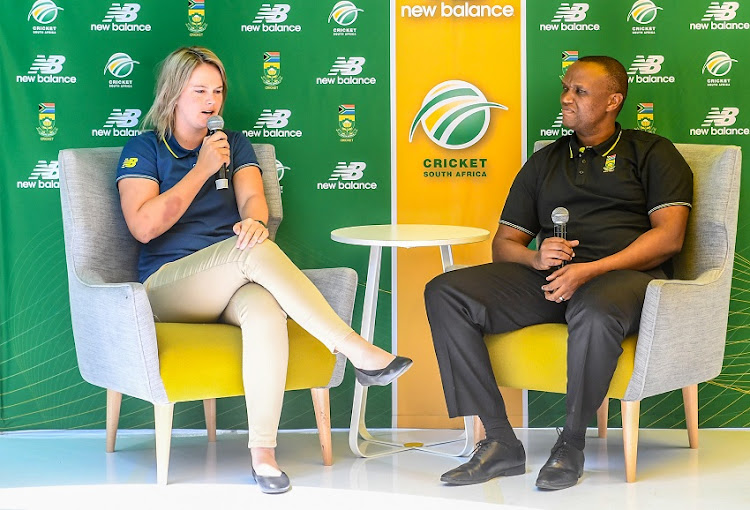 South Africa senior women’s national cricket team head coach Hilton Moreeng is pleased with preparations as the Momentum Proteas return to the international stage next week after a 10-month hiatus.

The team will host Pakistan for a six-match limited-overs series that consists of three ODIs followed by three T20s.

The series will be held in a bio-secure controlled environment (BSE) in KwaZulu-Natal with the opening ODI starting at Kingsmead in Durban on January 20.

The team reported for the BSE on Friday and Moreeng was satisfied with how the team has managed to prepare for Pakistan.

“The last three days have been very good with players working extremely hard‚” he said.

The last time the Momentum Proteas played as a unit was during the T20 women’s World Cup in the semifinals against host nation and eventual champions Australia in March.

“I think for us the most exciting thing is an opportunity to play cricket. I mean it is a year where we did not play competitive cricket.

“So for us it is just to get onto the park first and we can try take it from there. We had a lot of warm-up games and camps and those went well but you can only prepare for so long.

“I think both teams are looking forward to having an opportunity to play again. When you look around the world Australia‚ New Zealand and England have already played a bit of cricket.

“So it is an opportunity for us also to play cricket in a very important World Cup year.

“We are happy to say that everyone who is here has shown good form at the back on the successful WSL [Women’s Super League] and those who played in different leagues in the last three months also.”

Moreeng’s team had two tours cancelled in recent months due to the Covid-19 outbreak. The team were scheduled to play West Indies and England‚ but those tours were cancelled.

“You see when it comes to those cancellations it is safety first at the end of the day‚” the coach said.

“It gave us an opportunity to look at the depth of the country. You could see there are couple of youngsters who have raised their hands.

“We looked at various players we had in the system and it gave us an opportunity to see our depth and see which players to look to in the future. It gave us a good indication of what we have in the reserves and for us it is very good.”

The team will play their six-match limited-overs zseries without their leaders‚ captain Dane van Niekerk and her deputy Chloe Tryon‚ due to injuries.

Team doctor Tshegofatso Gaetsewe said the two allrounders are in advanced stages of rehabilitation after picking up injuries late last year and should be available for the next tour.

In the absence of captain Van Niekerk‚ Moreeng hinted at Sune Luus taking over the captaincy duties against Pakistan.

“I think where we are as a team and the selection panel‚ it is one of those things that we have discussed. We know in the past Sune did a very good job so it is a discussion that will happen closer to the time.

“So far we are just making sure that everyone is prepared for the upcoming series and that we give everyone an opportunity.”