Paine for Aus captain as he rues missed catches 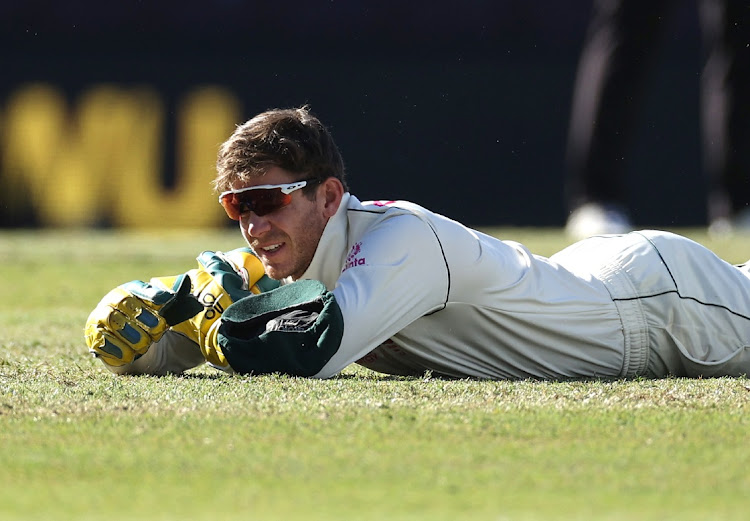 Tim Paine of Australia reacts after dropping a catch off Hanuma Vihari of India during day five of the 3rd Test match in the series between Australia and India at Sydney Cricket Ground on January 11, 2021 in Sydney, Australia.
Image: Ryan Pierse/Getty Images

Sydney - Australia captain Tim Paine said he felt he had let down his bowlers with his wicketkeeping as India batted through the final day of the third test for a draw yesterday.

Paine thought Australia's pace unit and spinner Nathan Lyon had created enough chances to bowl out the tourists for a win and a 2-1 series lead if only the rest of the team had taken their catches.

"I'm bitterly disappointed, I pride myself on my wicketkeeping and I probably haven't had many worse days than that today," he told reporters.

"It's a horrible feeling knowing that our fast bowlers and our spinner bowled their hearts out and gave everything to the team.

"I certainly feel that I let them down and I've got to wear that. But I'm a big boy and I get another chance next week."

Although disappointed at being held to a draw from such a strong position, Paine said there were positives to take out of the match - not least their two highest innings tallies of the series.

"I thought it was an awesome game of test match cricket. I thought India fought bloody hard, as we knew they would," he said.

"We're certainly back closer to where we want to be as a batting group, still probably left a few out there in the first innings but I think there are some positive signs," he added.

Paine was unable to update reporters on the injury to debutant opening batsman Will Pucovski, who was taken to hospital for scans on his shoulder after falling awkwardly while fielding on Monday.

The Australia skipper also joined in the condemnation of the alleged racial abuse aimed at India's Mohammed Siraj by a section of the crowd on day four of the match, which is being investigated by Cricket Australia and New South Wales Police.

"I think it's bitterly disappointing," he said. "I'm really disappointed that it happened in Australia. I just wanted the Indian boys to know that we don't condone it either."

The fourth, and potentially decisive, test starts on Friday in Brisbane.

India captain Ajinkya Rahane said his team's draw in the third test against Australia felt like a victory after the touring side pulled off a great ...
Sport
1 year ago

Cricket Australia apologised to the India team on Sunday and launched a probe into allegations visiting players were subjected to racial abuse by ...
Sport
1 year ago
Next Article