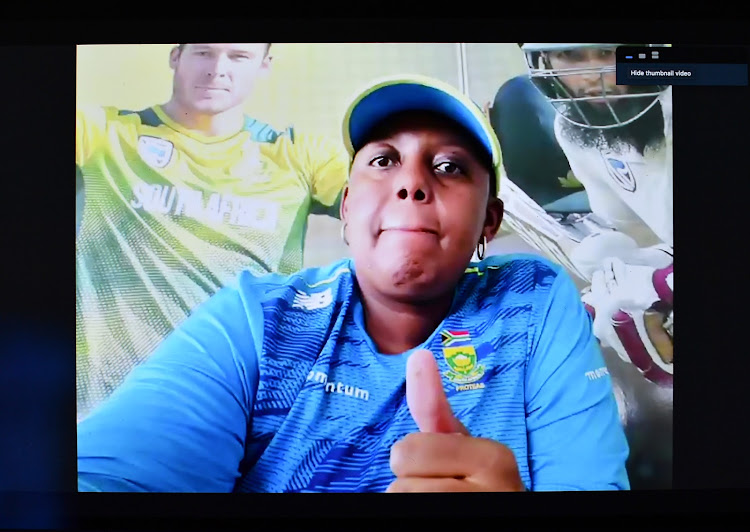 Momentum Proteas‚ the senior women’s national cricket team‚ will host Pakistan for a six-match limited-overs series without captain Dane van Niekerk and her deputy Chloe Tryon due to injuries.

The South Africans will be back to playing international cricket after coronavirus-enforced interruption with a three-match ODI and three-match T20 series that will be held under a bio-secure controlled environment.

The tour will begin with a warm-up match at Durban’s Chartsworth Oval on Saturday against the South African Emerging squad before the start of the ODI series at the Kingsmead Stadium next week on January 20.

“With regards to the captain Van Niekerk and Tryon both of them sustained lower back injuries in December and both are currently in different phases of rehabilitation‚” said Gaetsewe during a virtual media briefing on Monday along with head coach Hilton Moreeng.

“They are doing well it is just that they are not eligible for this tour. But everything about their rehab is on track and we are satisfied and hopeful that they will potentially join us for the next tour.” 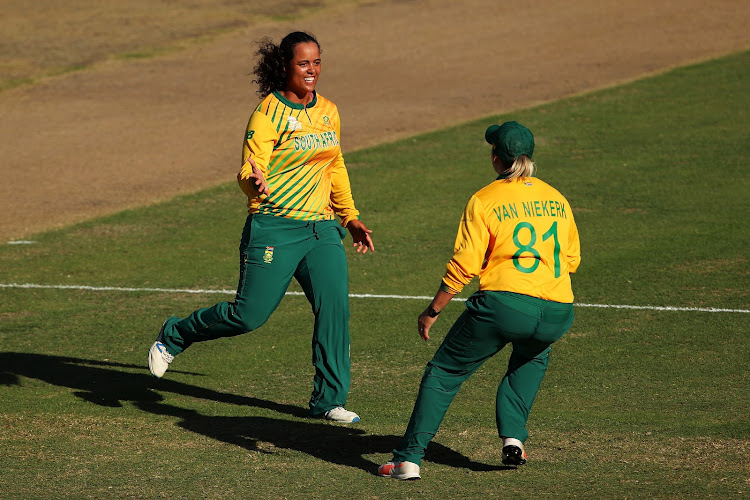 Chloe Tryon of South Africa celebrates after Javeria Khan of Pakistan was run out during the ICC Women's T20 Cricket World Cup match between between South Africa and Pakistan in Sydney on March 01, 2020.
Image: Cameron Spencer/Getty Images

Gaetsewe said another crucial member of the team Marizanne Kapp‚ who had a serious health scare and was hospitalised after a heart scare while playing for the Sydney Sixers in a Women’s Big Bash League match in Australia in November‚ is with the squad and in good health.

“Kapp is currently with us in Durban so she is part of our camp and our play group‚” said the team doctor.

“She is in good condition. Her health issues that we encountered in Australia have been taken care of and anything she needs subsequent to that she will get on time and on track.

"For now for this tour everything is OK she is in good health and I don’t anticipate any problems.”

Gaetsewe also revealed that there has been positive results of Covid-19 within the staff and playing squad since the team reported for the bio-secure environment on Friday but said the positive cases are asymptomatic.

“From the contingent of players and management‚ the first tests [for Covid-19] came out with two positive results.

"“41 people were tested and one member of staff and one player tested positive. Neither of them were ill and neither of them had symptoms‚” said Gaetsewe.

“They are currently doing well in isolation and will join the bio-safe environment at a later stage if deemed necessary.

“Since we have arrived in Durban‚ our venue and training facility and subsequently the match venues will also adhere to bio secure regulations and Covid-19 regulations that have been set out firstly by the ministry and health and our guidelines as Cricket South Africa that we have drawn up in collaboration with academics.”

Gaetsewe said a second round of testing produced negative results and confirmed there will be another test on Wednesday.

“For now I can just give an update today since we entered the bio-safe environment no staff or player has tested positive.

“The players are currently divided into small groups and they will train in those small groups until we do our next test on January 13.

“Our camp is a month long so we are going to do a number serial tests just to make sure that we do not miss on the number of symptomatic cases that can potentially spread.

“We are currently doing well and all regulations are adhered to. We will test on a weekly basis.”

All matches will be played in the KwaZulu-Natal province.

The series-opener will be followed by two ODI matches on January 23 and January 26 at Kingsmead and Pietermaritzburg Oval respectively.

The three T20s will then follow in umGungundlovu on January 29 and 31 with the last fixture taking place at Kingsmead in Durban on February 3.

Head coach Moreeng is happy with how preparations have gone‚ despite the circumstances‚ with the team having sat dormant for more 10 months.

“I think for us as the doctor has highlighted‚ it has been a challenging environment‚” said Moreeng.

“You can call it a new norm for us but what is most important is that we make sure we get an opportunity to play cricket because it has been a year almost now since we last played cricket as a team.

“For us so far as a team preparation is on track and we are very happy so far.”