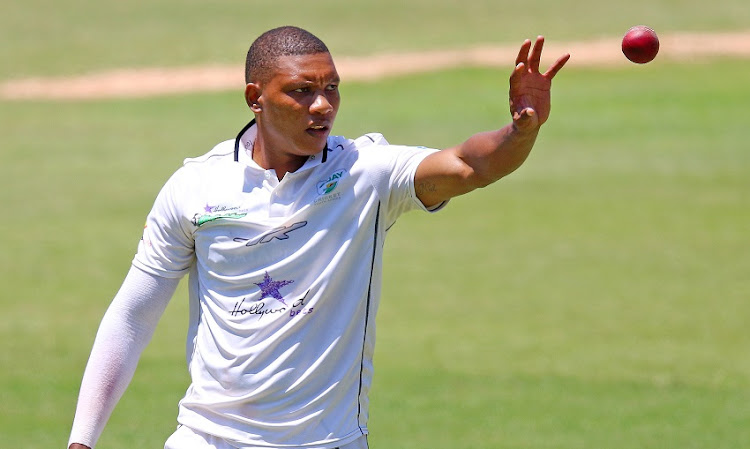 The Dolphins bowling duo of Daryn Dupavillon and Ottneil Baartman have been included in the Proteas Test squad for the two-match series in Pakistan starting on the January 26.

It will be Dupavillon’s maiden Test call-up and the latter’s first national team inclusion.

Lions speedster Kagiso Rababa and teammate Dwaine Pretorius return to the side after missing the series against Sri Lanka due to injury.

South Africa surged to a 2-0 series win over Sri Lanka after completing a 10-wicket victory on the third day of the second Test here on Tuesday.
Sport
10 months ago

Dupavillon got the nod after producing not just solid performances this season but for his body of work across 59 first-class matches. He has captured 189 wickets and boasts best bowling figures 11/104 at an average of 23.88. He‚ however‚ greatly advanced his cause with an 11-wicket haul against the Knights last November‚ including a 7/38.

Oudtshoorn-born Baartman has taken 82 first-class wickets in 28 matches with best bowling figures of 14/95 at an average of 26.84.

South Africa’s historic tour to Pakistan will see them play in the country for the first time in 14 years‚ from January 26 to February 14. The Test series in Karachi and Rawalpindi will be followed by three T20 internationals in Lahore.

It will present the South Africans conditions far removed from their comfort zone‚ a challenge convenor of selectors Victor Mpitsang is keen to see them tackle.

“Considering that the conditions that will be faced are largely unknown to the South African team we wanted to strengthen the attack with the skill sets that Tabraiz Shamsi and George Linde have to offer‚ while giving players like Daryn Dupavillon and Ottneil Baartman an opportunity after making strong cases for themselves in recent seasons‚” Mpitsang said.

“We are confident in our selections and believe in rewarding good performances both on and off the field‚ which is why we have gone with the core of the group that was selected for the Sri Lanka home series.

“As a selection panel‚ we are very excited to see how the tour of Pakistan will pan out for the players we have chosen.”

South Africa will travel to Pakistan on the back of a 2-0 Test series win over Sri Lanka‚ while Pakistan will be back home trying to make amends for their series defeat by the same margin against New Zealand. The South African team will leave for Pakistan on January 15.